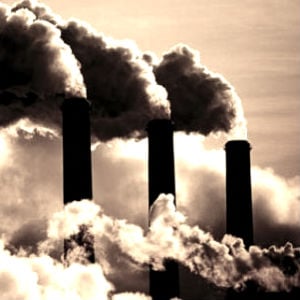 There has been a dichotomy at the heart of the rise of local economies over recent decades. Muslims have a duty to God to take care of the earth, yet the Gulf Arab region’s economic prosperity has meant it is now home to some of the world’s worst polluters.

But this could be about to change.

There are plans in the pipeline to launch the first Shariah compliant carbon trading platform.

According to Advanced Global Trading (AGT), the London-based company behind the idea, Muslim investors in the Gulf will be able to trade carbon credits with a full Islamic stamp of approval. It could transform the local environmental track record and lead to a proliferation of green- friendly projects.

As it stands, AGT will be the first brokerage firms in the region to offer the service and has penciled in March 2012 for a launch date. Plans are being vetted by Shariah scholars, but as with most complex financial services products this can take some time.

At present there is no rule book on how to treat carbon trading from an Islamic point of view. Scholars are stepping into unchartered territory. But, the hope is that by the end of Q1 next year Muslim investors will be able to tap into what is now the fastest growing commodity.

Carbon credits are traded around the world by corporate and private investors looking to profit from the carbon market boom. In the Middle East, the market is young but growing quickly in part because of increasing efforts by firms to improve their corporate social responsibility.

“There is perfect synergy between carbon trading and Islam,” says Omar Al Jaddou, director for special projects at AGT. “The UAE is one of the world’s largest polluters so we’re seeing major government backing for green projects across the board.”

The idea is that each Shariah carbon credit bought finances a project that is verified to reduce greenhouse gas emissions. In recent years, the Middle East has witnessed growing demand despite there being few homegrown carbon-credit producing projects. For local political leaders it’s a prime opportunity to shake the unwanted accolade as the world’s worst polluting region per capita.

It’s likely that AGT’s launch could prove to be a crucial catalyst in the Shariah carbon trading industry’s future growth. Investors would buy and sell carbon credits to companies who need to comply with global targets, or to individuals who wish to profit from predicted price increases.

Al Jaddou says: “We have a few clients [Islamic companies and insurance firms] that would be looking to offer their customers the choice to trading carbon Islamically for CSR purposes. We also expect the approval to filter across all our channels and be received well. We are initially focusing on the GCC, but within that we are aware of the wider implications of getting success in a country like Saudi Arabia.

“It would open the door to people that are conservative and wouldn’t necessarily go for this type of alternative investment,” he adds.

Mufti Aziz Ur Rahman, an eminent Islamic scholar who is working closely with AGT’s approval process, says the region is crying out for a way to boost its green credentials. “Reducing carbon emissions and cleaning the environment is something that’s needed and very important in the Middle East. The UAE in particular has very serious pollution problems, and we need to provide ways for people to tackle this.

“If AGT’s Shariah carbon trading gets approval from scholars and gets up and running in the UAE then the fatwa will be accepted elsewhere in the Gulf,” he adds.

Many also say that it could strengthen the Gulf’s standing in the world of Islamic finance, which is currently dominated by Malaysia.

Barclays bank estimates the Gulf market is limited to 111 green projects currently, compared to over 5,000 globally. Meanwhile, the non-Islamic carbon trading market is now worth $144 billion globally, and is forecast to expand to over $1 trillion by 2025, according to statistics from the World Bank.

Earlier this year, AGT opened its regional headquarters in Dubai, with its traders attempting to convince increasingly environmentally-conscious investors in the region to consider ethical alternatives and potentially benefit from strong returns in the process.

The firm said ‘green trading’ is now a hot topic for previously eco-irresponsible companies in the region. High carbon producing firms, including DEWA, Dubal and Enoc, have all announced they are considering carbon-emission reduction quotas as part of a voluntary joint initiative. Meanwhile, Dubai’s Carbon Centre of Excellence recently unveiled plans to offset five million tonnes of carbon annually.

Adding a Shari’ah component will help build on this demand. There are two areas that make up traditional carbon trading: the compliance market and voluntary emissions market.

Compliance hails from the Kyoto Protocol, which as of April 2010 had 191 states signed and ratified including the UAE, Qatar and Kuwait. To comply, businesses buy carbon offsets on the total amount of carbon dioxide they are allowed to emit.

In the voluntary emission reductions (or VER) market, which AGT operates in, firms are purchasing carbon credits for mainly corporate social responsibility motivations as transactions are not required by regulation. VERs co-exist with compliance markets, which are driven by regulated caps on greenhouse gas emissions.

But AGT’s Al Jaddou says the firm is offering an additional service to help companies manage their eco-footprint.

“It’s the same template for our carbon trading business, but we are also providing consultancy services to gauge companies’ total carbon footprint and how they can minimise this Islamically.”

Plus, he says the lifecycle of green projects is not correlated to international financial markets, so as an alternative investment Shariah carbon credits could help investors side-step the fallout from events like the Eurozone debt crisis.

The only fly in the ointment for AGT is whether they can gain the approval of their Shariah scholars before another brokerage beats them to the punch. Securing first- mover advantage could be critical to capitalising on what looks like an industry with huge growth potential.