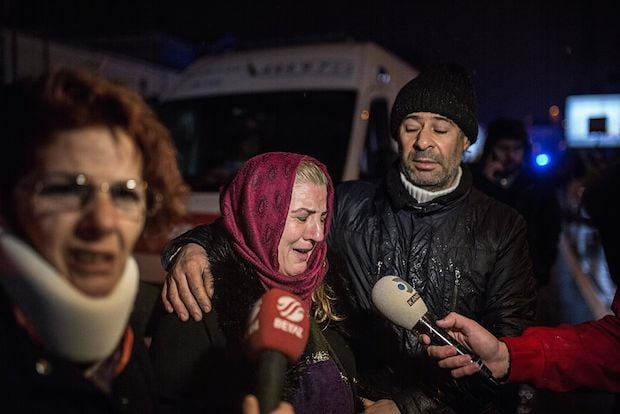 At least 39 people, including 16 foreigners, were killed and close to 70 others were injured after an armed attack at a nightclub in Istanbul early on Sunday.

The attack took place at Reina, a popular nightclub in the Ortakoy district, where an estimated 500 to 600 people were celebrating the start of the New Year.

According to reports, a gunman reportedly dressed as Santa Claus entered the club early on Sunday and began firing at the revellers.

“At 1.15 a.m., a terrorist carrying a long-barreled weapon martyred the police officer waiting outside, and then martyred another citizen to enter the club,” Istanbul’s governor Vasip Sahin was quoted as saying by the Anadolu Agency.

“He then carried out this violent and cruel act by spraying bullets on innocent people who were celebrating the New Year,” Sahin said.

The gunman was later killed, however it was later confirmed that there was more than one attacker.

“Our security forces have started the necessary operations. God willing he will be caught in a short period of time,” he was quoted as saying.

“The armed attack on the vulnerable people in the first hours of the New Year hurt our nation deeply. There is no difference whether this inhuman massacre is carried out at a bazaar, a place of entertainment or a place of worship,” Gormez, head of the Religious Affairs Directorate, said in a statement.

“Terrorists do not target places, but people, nations and the whole humanity. Terrorism cannot be tolerated whoever or whatever it comes from,” Gormez added.

Turkey, part of the US-led coalition fighting against ISIL, has faced numerous attacks in the last year.

At least six attacks in the country claimed over 200 lives in 2016.

Most recently, twin bombings in Istanbul killed at least 45 people, mostly police officers, less than a month ago.