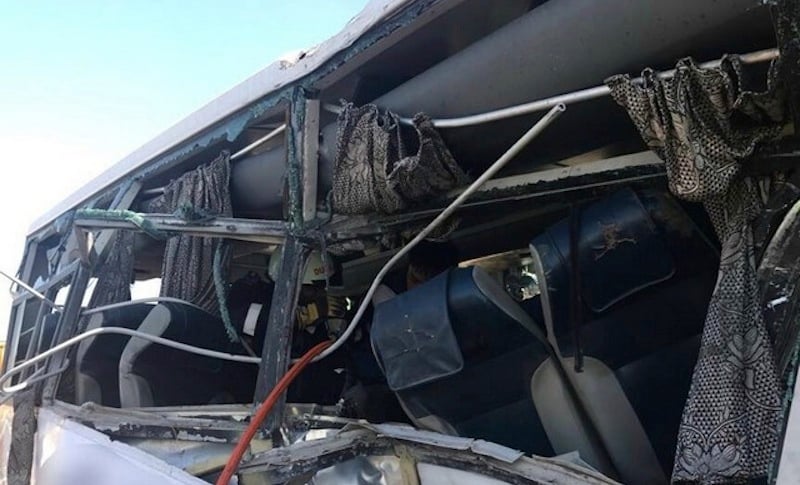 Seven people were killed and 35 injured in a bus crash in Dubai on Tuesday morning.

The bus, which was carrying 41 people, collided with a lorry at the Al Yalayes interchange from Sheikh Mohammed bin Zayed road towards Sheikh Zayed road.

According to the Dubai Police, the bus driver lost control of the vehicle after a tyre burst. The bus veered off the road and rammed into a lorry on the opposite side of the road.

A total of 22 people including the driver, who were trapped inside the bus, were later rescued. The lorry driver was also rescued from his vehicle.

According to officials, hydraulic cutting equipment was used to free those trapped from the wreckage.

The injured were transported to Rashid Hospital.

The accident caused huge tailbacks in the morning, but the Roads and Transport Authority (RTA) later confirmed that traffic was back to normal.