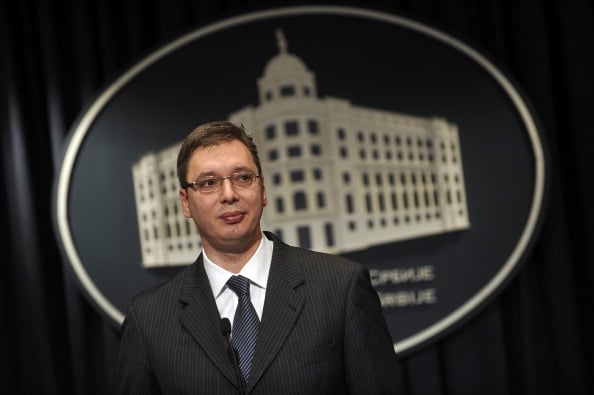 Serbia’s Deputy Prime Minister Aleksandar Vucic plans to travel to the United Arab Emirates next week to negotiate terms of a 2-3 billion euro ($2.7-4.0 billion) loan seen as crucial to the country’s financial stability.

Last week Belgrade launched measures to trim a budget deficit estimated by the International Monetary Fund at above seven per cent of output and debt forecast to reach about 65 per cent of GDP next year.

To finance debt in 2014 and 2015 and invest in infrastructure and industry, the country will need additional borrowing, including a new Eurobond and loans from sovereign lenders including the UAE, China and Russia.

On Tuesday, Mladjan Dinkic, the head of a government body tasked with economic cooperation with the UAE and former finance minister, said he and Vucic would travel to Abu Dhabi on October 26 to start talks over the loan, which could be released in 2014.

“It’s not small money, it would be virtually impossible to get it from anyone but the Emirates, but we will have to be patient and wait for everything to be agreed,” Dinkic told reporters on the sidelines of a business conference in Belgrade.

Earlier this year Vucic, who is also the head of the Serbian Progressive Party, senior partner in the ruling coalition, said Serbia was seeking a long-term, low-interest loan from the UAE.

Serbia and the Gulf country have already agreed a $400 million sovereign loan for agriculture from the UAE’s Development Fund and another $400 million from the Al Dahra food producer.