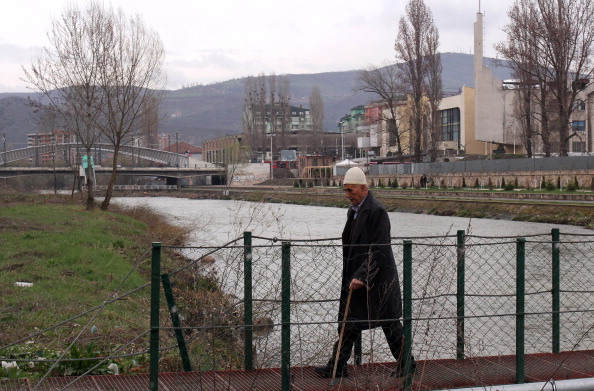 Lawmakers in Serbia gave the green light to a riverside development project in Belgrade, bankrolled by an Abu Dhabi investor but deeply dividing residents of the capital.

Developers hope to break ground on Belgrade Waterfront this year, transforming a bleak wasteland on the east bank of the Sava River over at least the next 10 years into a forest of gleaming metal and glass at a cost of at least 3 billion euros ($3.25 billion).

The conservative government of Prime Minister Aleksandar Vucic says the project will generate 20,000 jobs and breathe new life into Serbia’s anaemic economy. Critics say it is an expensive gamble, rammed through with little public consultation and scant care for the character of the centuries-old city.

It is the crowning project of an unlikely alliance between the United Arab Emirates and Serbia under Vucic, spanning defence, agriculture and cheap financing.

Serbia’s 250-seat parliament voted late on Thursday by 176 to nine to adopt a special public interest law that allows for the expropriation of land and issuing of building permits for the project. The rest of the lawmakers were not present for the vote after three days of often acrimonious debate.

Under the plans, on 1.8 million square metres of land will rise 5,700 apartments, 2,200 hotel rooms, offices for 12,700 people, a sprawling shopping mall and a curvaceous 200-metre Dubai-style tower.

“Great cities are built on great dreams,” Vucic said in proposing the bill to parliament on Tuesday.

“I didn’t expect such resistance to modernisation, to progress, to something so beautiful for which we didn’t have the money; but now we have the money,” Vucic said, comparing the opposition to that encountered by the architects of the Eiffel Tower in Paris and The Shard in London.

It gives the UAE a toehold — while costs remain relatively low — in a country likely to join the EU, the world’s biggest single market, in the next decade. It can also avoid the tough public procurement rules, transparency and regulation demanded of EU members but more easily circumvented in Serbia.

Opponents, however, say the project, on a riverside strip known as the Sava amphitheatre, is fraught with risk.

“This law robs the citizens of Serbia of their dignity,” said opposition Democratic Party MP Balsa Bozovic, “as they watch the Sava amphitheatre being handed over to an investor; the prime minister and mayor care more about the investor’s interests than those of their own people.”