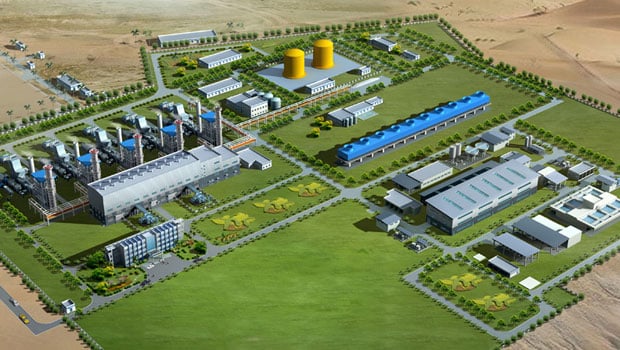 Sembcorp Salalah Power and Water Co, in which a unit of Singapore’s Sembcorp Industries has a 60 per cent stake, plans to raise $138 million by offering 35 per cent of its share capital on the Muscat bourse, the company said.

The $1 billion power plant will offer 33.4 million existing ordinary shares at a price of OMR1.59 per share in an initial public offering to be launched on August 28, Sembcorp Salalah said in a statement on Wednesday. This would be worth OMR53 million ($137.66 million), it said.

Sembcorp Utilities, a unit of Sembcorp Industries, has a 60 per cent stake in the Sembcorp Salalah Power and Water Company. Oman Investment Corp owns 35 per cent and Instrata Capital five per cent in the joint venture. The statement did not disclose what amount of shares the existing shareholders were each selling in the IPO.

The Salalah Independent Water and Power Plant consists of a gas-fired combined cycle power plant with a gross capacity of 490 megawatts and a seawater desalination plant with a total water production capacity of 69,000 cubic metres per day, according to its website.

After the IPO, the company will have a market value of OMR152 million, the statement said.

The offer runs until Sept 26 and the stock is expected to begin trading on the Muscat bourse on October 10. HSBC Holdings’ Middle Eastern arm is the sole global coordinator and bookrunner for the issue.