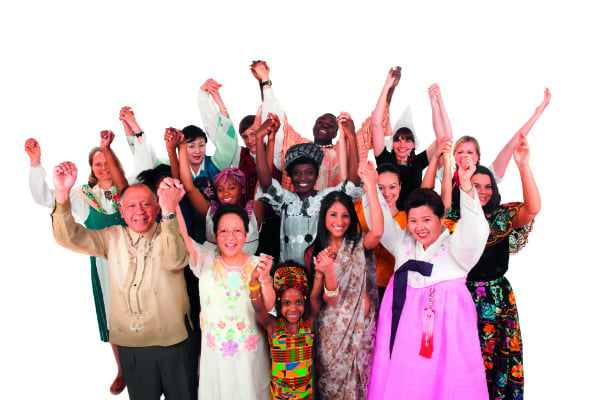 Countries across the world are recognising that economic growth alone cannot be used as an accurate measure of progress and development, and in the last few years, happiness has emerged as an important metric to judge a nation’s social appeal.

“Measuring self-reported happiness and achieving well-being should be on every nation’s agenda as they begin to pursue the Sustainable Development Goals,” said Jeffrey Sachs, director of the Earth Institute at Columbia University and the report’s co-editor.

“Indeed the goals themselves embody the very idea that human well-being should be nurtured through a holistic approach that combines economic, social and environmental objectives.

“Rather than taking a narrow approach focused solely on economic growth, we should promote societies that are prosperous, just, and environmentally sustainable.”

In its update in 2016, the report ranked 156 countries by their happiness levels. And not surprisingly, Nordic countries again topped the list.

Denmark, which led the rankings in 2013 and moved to third in 2015, moved back to the first spot in 2016. It was followed by Switzerland, Iceland, Norway and Finland.

Canada, Netherlands, New Zealand, Australia and Sweden rounded off the top 10, and are expected to feature strongly again when the 2017 ranking is unveiled towards the end of this month.

“The rankings show both consistency and change,” said Professor John F. Helliwell of the University of British Columbia and the Canadian Institute for Advanced Research, who edited the report.

“The consistency at the top reflects that life evaluations are based on life circumstances that usually evolve slowly, and that are all at high levels in the top countries.”

Denmark’s top ranking is due in part to the existence of a strong civil society, a well-functioning democracy, a high degree of security, trust, freedom and prosperity, together with good working conditions that allow room for a balanced life, according to a report by think-tank the Happiness Research Institute.

One of the main reasons that Denmark does so well in international happiness surveys is its high level of trust, the report claims. Trust is considered by most happiness researchers to be one of the explanations why some countries are happier than others.

Denmark’s high level of prosperity is also part of the explanation for its ranking.
“Prosperous countries and people are generally happier than those that are less prosperous. But, who we compare ourselves to and what we use our wealth for are also key elements of our happiness,” according to the report.

Meanwhile, for those who are less well off, the Danish welfare state – which provides support for illness, old age and unemployment – reduces uncertainty and concerns.

“Denmark – and the four other Nordic countries – do consistently well in various rankings. One of the main reasons for this is the Nordic welfare model,” explains Meik Wiking, CEO of The Happiness Research Institute.

“We [the Danish] are paying high taxes – but more interestingly there is wide public support for that level of taxation – because people experience that we get a lot of quality of life in return.

“Also what I feel works well is that the Nordic countries are good at converting wealth into wellbeing – other countries are richer than us but less happy. I think the reason for this is that the Nordic societies are quite far ahead in putting quality of life at the core of public policies and institutions and recognising that the best measure of society is how we treat our most vulnerable members,” he adds.

Where do the GCC states rank?

The report did note that a change in the polling system had affected the rankings of regional countries.

In 2013, Gallup – which conducted the poll – changed from face-to-face interviewing to telephone surveying in Malaysia, the UAE, Saudi Arabia, Qatar, Kuwait, Bahrain, and Iraq. Gallup also added interviews in English along with Arabic in the GCC states “in an effort to reach the large, non-Arab expatriate population”.

“The UAE was especially affected by the changes in survey methods, in part because of its newly sampled non-Emirati population. This has caused its ranking to drop for technical reasons unrelated to life in the country,” the report said.

The UAE has been taking major strides in an effort to improve the happiness quotient of its populace.

The country has publicly disclosed its intentions to become one of the “happiest countries” in the world by the end of this decade, even appointing a Minister of Happiness last year.

Discussing the creation of the new ministry at the time, UAE Vice President and Prime Minister and Dubai’s ruler Sheikh Mohammed Bin Rashid Al Maktoum said that focusing on happiness was both “feasible and fully justified”.

“Happiness can be measured, and its evaluation is already the subject of many programmes and studies. Moreover, it can be developed and its achievement linked to material objectives. Studies have shown that happy people produce more, live longer, and drive better economic development in their communities and countries,” he explained.

“The happiness of individuals, families, and employees, their satisfaction with their lives and optimism for the future, are crucial to our work, which cuts across every sector of government. That is why there must be a minister to guide and follow up with all government institutions (as well as provide leadership to the private sector).”

He added: “Ours is no empty promise. We will seek to create a society where our people’s happiness is paramount, by sustaining an environment in which they can truly flourish.”