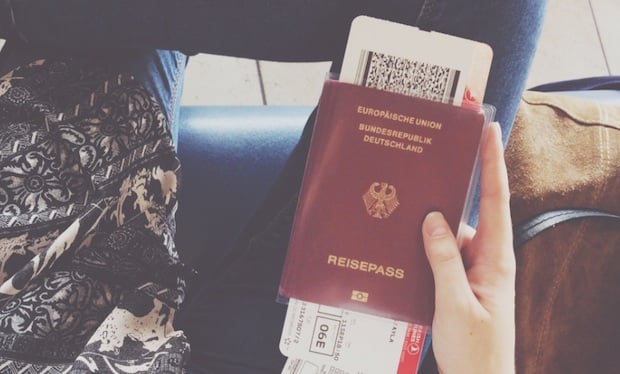 For some entrepreneurs in the region, the ability to conduct business in lucrative foreign markets can feel restricted, obstructed or even simply ‘off limits’.

No matter how great your business acumen, holding passports from certain countries can become an obstacle to the growth of your business.

Traditionally, the only way to obtain a second passport from another country would involve being resident in that country for a specific minimum period of time, or having some provable family lineage connected to that country.

Well, things have changed. Several countries now offer an alternative way of obtaining a second passport. Sometimes referred to as ‘citizenship by investment’, this is widely regarded in the international business community as the quickest and easiest way to get a second passport. And the process of citizenship by investment is proving a popular way for entrepreneurs in our region who want to gain valuable access to markets, and the European Union in particular.

Opening the door to European business

Many EU countries offer a ‘second passport’ scheme, each operating on different time frames and requirements for when full citizenship is granted. The general concept of these programmes is that the ‘second passport’ country will offer you citizenship in exchange for some kind of investment – whether property, government bonds or local bank deposits.

But before we get into the details and the best EU countries to select, it should be noted that the process could be quite complex and lengthy. So it’s essential for those who are looking to obtain second citizenship in an EU country by investment to seek professional assistance. Using an expert consultant can support and guide you through the end-to-end process, being assured that the relevant documents are filed with the correct regulatory body and that all the requirements are met in compliance with EU passport regulations.

A second passport from an EU country allows the holder the right to live, travel and work anywhere within the European Union without visa requirements. The holder would enjoy the same legal rights as a natural born citizen of any of the 28 European Union countries – and that would include access to educational and welfare benefits as well.

Of course for any entrepreneur the key is that EU citizenship will increase both your economic and personal freedom, as well as opening up foreign markets.

EU citizenship – how long does it take?

The benefits of EU second citizenship

So what can you expect for your investment if you go through the process and acquire an EU passport? We’ve already touched on some of the benefits, but let’s look at them in more detail.

Access to the EU market: Chances are that as an entrepreneur you’ll want to take advantage of the ability to access the European Union’s common market – a market that had a gross domestic product of around 14.63 trillion Euros last year. Your EU passport gives you the freedom to trade in any of the EU’s member states and it is estimated that this gives businesses operating there access to nearly 500 million customers.

Freedom of movement: As well as access to the marketplace, you’ll also have much greater freedom of movement between European states. This will depend on whether your country of second citizenship is both in the EU and also in the Schengen area, but whether you take citizenship of any of the countries mentioned – Bulgaria, Portugal, Cyprus, Hungary – they each open the door for visa-free and visa-on-arrival travel.

Financial freedom: Certain states in the Middle East region have restrictions applied to them – Iranian, Iraqi and Syrian passport holders for example will all face challenges with financial institutions outside of their own country as all three states are on financial risk lists. In fact, banks and other financial organisations view a number of Middle Eastern and African countries as high-risk jurisdictions when it comes to money. Obtaining an EU passport will allow much greater freedom for the holder to open bank accounts abroad and therefore have the facility to make and receive payments.

Infrastructure: Once resident in an EU member state, you will be able to take advantage of a number of social, educational, legal and healthcare rights that EU members enjoy. The member states of the EU have a vast range of different fundamental rights for their citizens, and depending on your country of residency you can have access to free healthcare, state pensions for old age, education, maternity and paternity provisions and employment benefits.

Residency: As well as the freedom to work and travel to any of the member states, as an EU citizen you will also find that the barriers to residency are removed. With citizenship of an EU member state, you will have the right to work and reside in the other member states. It’s worth bearing in mind that Europe offers some idyllic places to live, work and eventually retire.

Looking ahead – an investment in your future

It will not be a decision to take lightly due to the financial commitment involved, but if you are a citizen of one of the countries that is under close scrutiny from the international community, you could find it hard to travel or conduct business outside of your home country. An investment in an EU country, and gaining citizenship of that country, would open the gates that were blocking your business development.

And if handled professionally and correctly, obtaining EU citizenship could improve the health and lifestyle of your family, and the prospects for your business as you open up to new markets with millions of potential customers.

Janice Williamson is general manager at Next Generation Equity