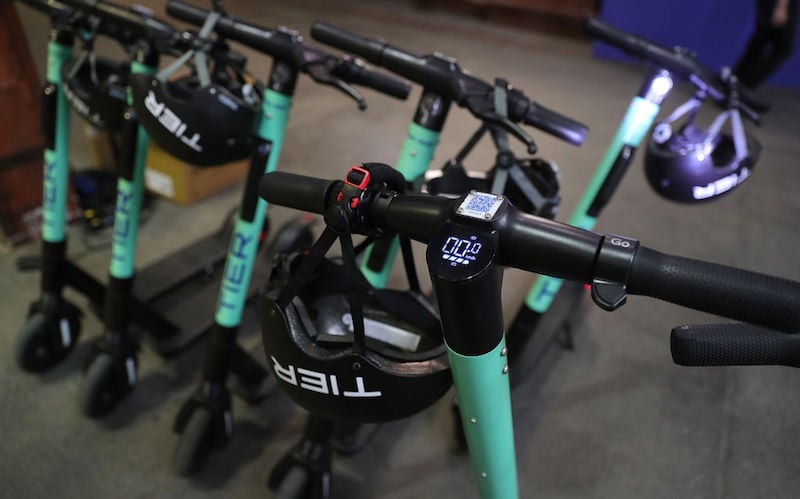 One of Europe’s biggest e-scooter sharing companies said it has raised $60m in new financing, led in part by one of the sovereign wealth vehicles behind SoftBank Group Corp’s gargantuan Vision Fund.

Berlin-based Tier Mobility, a primary competitor to US e-scooter unicorns Lime and Bird, said it would use the money to accelerate its expansion across the continent, which presently extends to more than 40 cities in 12 countries. A valuation wasn’t disclosed, though by Tier’s own calculations, its 10 million rides in eleven months of operation mark it as the fastest-growing mobility startup yet.

Demand for e-scooters in cities worldwide has helped the industry’s biggest players achieve multibillion-dollar valuations in less than two years. The popularity of the North American front-runners, fueled by the projected value of being a future market leader, has caused a surge of new competitors to spring up across Europe over the past 18 months.

Bloomberg News reported in February that Tier and Voi Technology AB had held early-stage talks about a possible merger in order to remain competitive, but both remained independent and sought fresh funding instead. Other substantial rivals include Wind Mobility as well as Circ, the company created by Delivery Hero co-founder Lukasz Gadowski.

“We firmly believe that micromobility as a form of transportation is here to stay, especially in Europe,” said Amer Alaily, senior principal at Mubadala Capital. “We are confident that Tier Mobility is best positioned to become the leading player.”

Other new backers of Tier include Axa Germany and Finland’s Evli Growth Partners. In a statement, Tier also noted that all of its previous investors had participated in the new funding round announced Monday, including Northzone Ventures.

Tier Chief Executive Officer Lawrence Leuschner said he saw the company not as a scooter startup, but a micromobility service provider.

“We have a clear path to create a new type of vehicle and we’re not far away, and it’s suited for cities and will be good in rainy seasons,” he told Bloomberg Television on Monday.

When asked if he planned to expand into the U.S. in response to North American competitors crossing into Europe, the CEO also said the continent was his “laser focus.”

“Germany’s the biggest market for transportation in Europe so we believe completely in Europe,” he said.