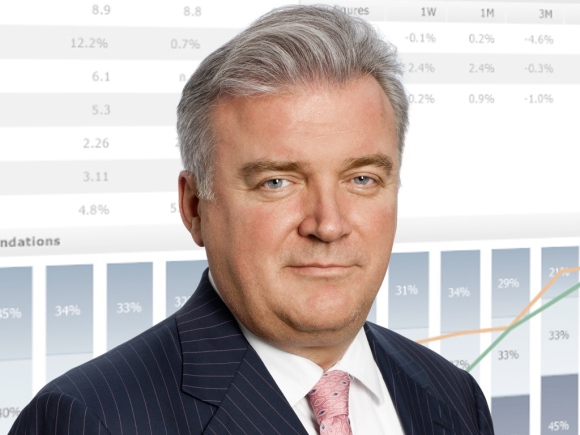 A slow down in China and other emerging markets as well as concerns surrounding France and Germany are likely to impact markets this year warns the co-CEO of one of Europe’s most well recognised investment banks.

“The last thing the EU and the US and probably this region [Middle East] needs is weakness in China and some of the emerging markets because obviously that’s going to reduce demand in the short run.”

In the longer term he said it could be more beneficial for the world economy that markets like China find a more sustainable level of growth and get their emerging credit bubble and speculative elements of their real estate markets under control.

“But of course immediately the impact for many of the people that benefit from strong China growth will be negative.”

In the Middle East the biggest worry would be how a larger slowdown would impact energy prices.

“That could see some downward pressure on oil prices,” said Christensen. But he said the UAE was better insulated than most because of growth initiatives and the build up to Expo 2020.

The investment bank chief also predicted that issues with the Eurozone would continue this year and may even suck in Europe’s two largest economies.

“In general we’re hugely concerned about the Eurozone, everyone has varying opinions but in my view the Euro is a mistake of historical proportions that should never have happened,” he said.

Going forward he warned that there was no difference between France’s situation and countries heavily impacted by the Eurozone crisis like Greece and Spain.

He also criticised the policies of French President Francois Hollande, who has sought to introduce 75 per cent taxation on companies that pay salaries in excess of one million Euros.

“When you have a President who has been prone to stating that he hates rich people and overtaxing anybody that’s driving the economy, and doing pretty much every wrong thing that you could think of, that’s not going to help you greatly when you’re already in a mess with the Eurozone,” he said.

“I would be a lot more worried about France, but even Germany seems to be very weak, and some of the other countries are in recession more or less but Germany is borderline to being in recession.”

As a result Christensen projected that fixed income would be a good investment bet for the year with “one last rally” left in the market.

“To be honest I would be more of the cash and fixed income guy for the next six months on equities but I would be very alert of the possibility for a really good buying opportunity and a multi year low on the equity markets this year.”