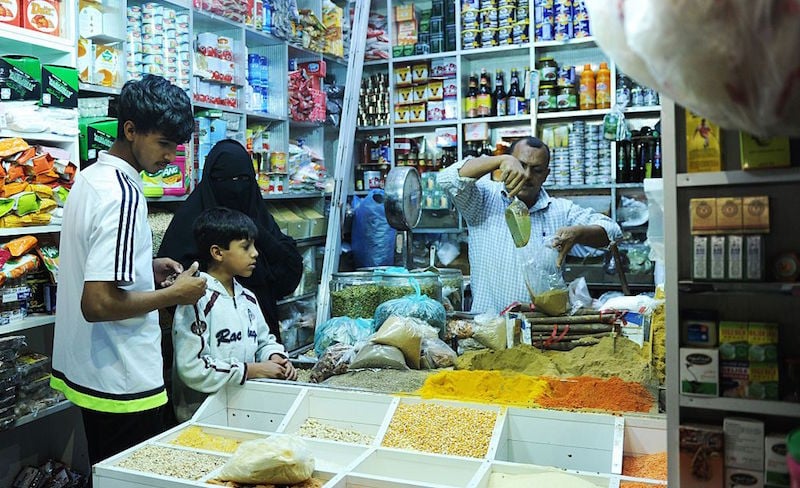 Annual remittances sent by expatriates in Saudi Arabia could drop by SAR6bn ($1.6bn) if the government implements the Saudisation of jobs in the grocery industry, local daily Saudi Gazette reported.

Nationalising the sector could also generate more than 35,000 jobs for Saudis, economists told the paper.

However, they also added that such a move should be preceded by a number of steps including the training of Saudi nationals.

Quoting official figures, economic expert Luai Tayyar estimated that there were more than 160,000 expatriates working in grocery stores around the kingdom.

“It might not be possible to replace expatriates working in the groceries by 100 per cent during the initial years, especially those in the remote areas, due to their large number and the different sizes of shops they serve,” he told the paper.

New Saudisation rules in the kingdom – particularly in the retail sector – have seen hundreds of thousands of legal foreign workers leave the country in recent months.

General Authority for Statistics figures showed that the number of employed non-Saudis decreased 290,381 in the second quarter, from 10.18 million to 9.89 million after declining 234,000 the previous quarter.

This meant the total workforce also decreased from 13.333 million to 13.018 million.

The cost of living in the kingdom has also risen due to a new dependents fees, higher fuel and electricity prices and the introduction of a 5 per cent value added tax.