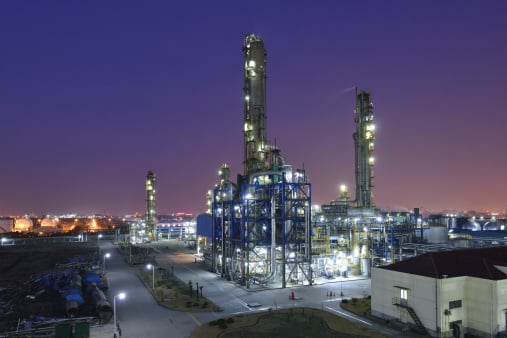 Saudi International Petrochemical Co (Sipchem) said on Tuesday it was planning to resume proposed merger talks with Sahara Petrochemical in a deal that could create a SAR14.7bn ($3.9bn) chemicals company.

The two companies called off a planned merger in 2014, citing an inadequate regulatory framework in the kingdom for the collapse.

Sipchem said on Tuesday it was planning to resume discussions with Sahara about the proposed merger after recent changes in the regulatory framework, without elaborating.

It said that further announcements will be made on relevant developments at the appropriate time.

The proposed tie-up, which would create a firm with a market capitalisation of SAR14.7bn at current values, comes as consolidation gains momentum in the Saudi corporate sector.

In other merger activity, Saudi British Bank (SABB) and Alawwal Bank are in talks for a proposed merger in a tie-up that would create the third-largest bank in Saudi Arabia.

Read: Fate of Saudi bank merger to be clear by Q1

Both Sipchem and Sahara Petrochemical have the Zamil Group, one of the kingdom’s most prominent family businesses, as a significant shareholder, along with the Saudi Arabian government.