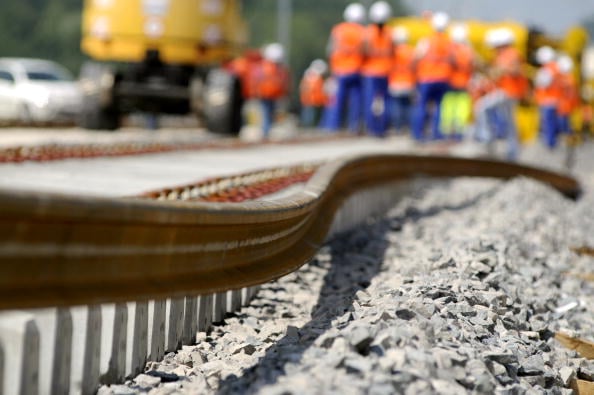 Saudi Arabia’s Shoura Council has asked the national anti-corruption commission (Nazaha) to investigate the delay in the completion of the Haramain Railway project.

The Haramain high-speed link, which will link the holy cities of Makkah and Medina, has seen a number of construction delays, which have pushed back its launch date to 2016 from 2012. The project has also seen cost revisions from $12 billion to $14 billion, according to an earlier report by Saudi Railway Organisation (SRO).

“The Nazaha should also investigate the budget allocated to the Haramain Railway project and the reasons for the increase in the funds needed for the completion of the project,” the Shoura Council said in a meeting held to discuss the annual report of the SRO, Arab News reported.

The 450-kilometre rail project, which will have trains running at speeds of almost 400 kilometres per hour, is expected to ease travel for pilgrims. The link will cut down the time taken to travel between Mecca and Medina by two hours and between Jeddah and Makkah to half an hour.

Phase one of the Haramain rail was awarded to the Al Rajhi alliance, a consortium that includes China Railway Construction Corporation and Alstom Transport.In 2009, design contracts worth $38 million for four of the five stations were awarded to a joint venture between Foster & Partners and Buro Happold.

The agreement for the second phase involves the purchase of 35 high-speed trains with 13 carriages, traffic signs and railway tracks, and a 12-year contract for carrying out operations and maintenance.

Saudi Arabia is investing massively in rail projects including metro lines in a bid to reduce traffic congestion and smoothen transportation services.

Also on the cards is the $23 million Riyadh Metro project, which is 176 kilometres long and will have six different lines interconnecting main locations across the city, and the Jeddah Metro, an 180 kilometre network with three railway lines running across the city of Jeddah.

Another massive rail project in the Kingdom is the 1,418-kilometre North-South railway line, which will run from Riyadh to Haditha (near the border with Jordan). Once completed, it is set to be instrumental in transporting freight to ports or manufacturing centres, with passenger services also set to be included, according to officials.