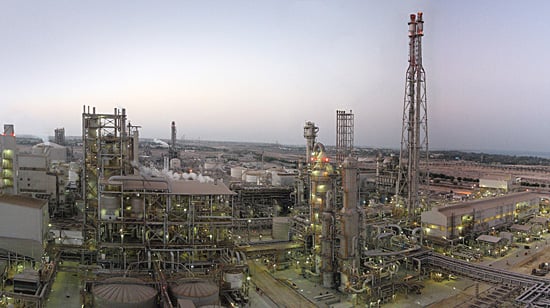 The start-up of a new urea plant owned by Saudi Arabia Fertilizers Co (SAFCO) has been pushed back further and is now expected by the end of June, SAFCO said on Sunday.

“The plant is still in the trial operations stage and a few required repairs are being done now to complete testing the performance and efficiency,” SAFCO said.

“This stage is expected to be extended to the end of June and therefore handover of the project and the announcement of commercial operations will be delayed to that date.”

The company said the delay would not increase the cost of the plant.

SAFCO, a unit of Saudi Basic Industries Corp (SABIC) , said in March that the start-up of its urea plant in Jubail, known as SAFCO 5, would be delayed to mid-May this year.

The plant, which has an annual production capacity of 1.1 million tonnes of urea, was originally scheduled to start up in the third quarter of 2014 but was delayed by construction work falling behind the original timetable.