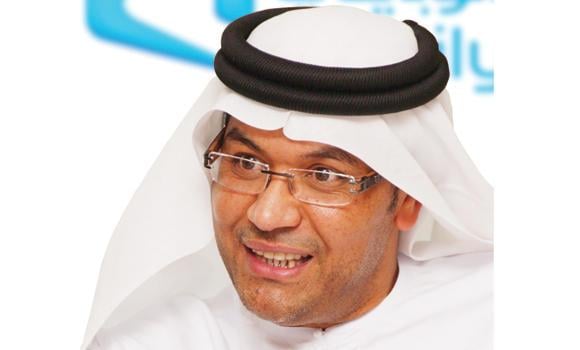 Earlier this month the company announced a restatement of its results which it blamed on accounting errors, wiping out SAR1.43 billion ($381 million) of previously reported profits and sending its share price tumbling.

Kaf will be suspended until Mobily’s audit committee completes its investigation into these errors, the company said in a statement.

Kaf was the Gulf’s longest-serving CEO in the sector, taking the helm at Mobily in 2005 after 19 years at United Arab Emirates’ Etisalat, which owns 27.5 per cent of Mobily.

Okandan, Etisalat’s chief financial officer, was appointed as deputy CEO of Mobily in October, while Etisalat’s chief executive Ahmad Julfar is also a director of Mobily and chairman of its Risk Management Committee. Another senior Etisalat executive Essa Al-Haddad also sits on Mobily’s board, according to Etisalat’s 2013 annual report.

Mobily’s share price has fallen 36 per cent since late October, when rumours began to circulate that something was amiss with the company’s results, wiping out SAR6.56 billion from the value of Etisalat’s stake, according to Reuters calculations.

Its annual profits more than quadrupled from 2006 to 2009 to reach SAR3 billion that year, Reuters data shows.

Mobily reported a record annual profit in 2013 of SAR6.68 billion, up 11 per cent from the previous year, although that result has now been cut in the restatement.