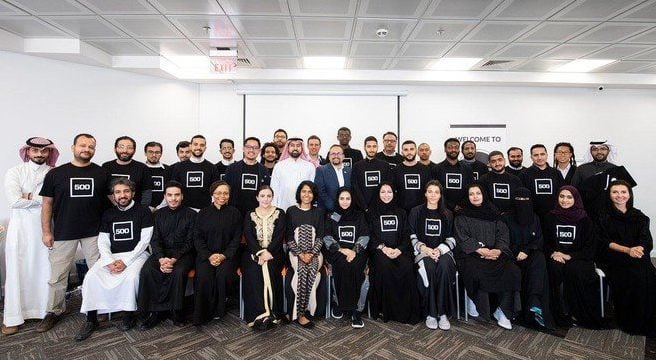 Saudi Arabia’s Misk Innovation has announced a new partnership with early-stage venture fund and seed accelerator 500 Startups to encourage entrepreneurism across the kingdom.

The Misk 500 MENA Accelerator started on Sunday, January 27, and will run until May 16. It will seek to encourage innovative ideas that will help create jobs and raise the contribution of entrepreneurship to Saudi’s GDP, according to state media agency SPA.

Misk Innovation is a branch of the non-profit Misk Foundation, founded by Crown Prince Mohammed bin Salman to encourage learning and develop leadership skills among young people, while US-based venture capital firm 500 Startups looks to discover and back entrepreneurs from around the world. In the past eight years it has helped establish 2,000 new companies in 60 countries.

SPA added that around 500 start-ups from across the MENA region applied for the initiative, with 21 being selected for the inaugural programme that will aim to help their emerging companies move into the global business community.

Deputy governor of 500 Startups, Essam bin Saleh Al Dhokair, said: “We are working in establishments to prepare, implement and support programs and projects to spread the culture and thought of entrepreneurship, entrepreneurial spirit, entrepreneurship and innovation.”

500 Startups has had a significant presence in the Middle East in recent years, taking part in 40 investment deals last year alone as total start-up funding across MENA reached $893m in 2018.

“These start-ups, being able to establish themselves in the kingdom, will have a value impact,” said SAGIA’s head of innovation and entrepreneurship Dr Mazin Al Zaidi at the time.

In recent months a number of new hubs  have launched in key cities, including Falak Business Hub – founded by young Saudi entrepreneur Adwa Al Dakheel – and Dubai-based Astrolabs, which has expanded its co-working space to Riyadh.