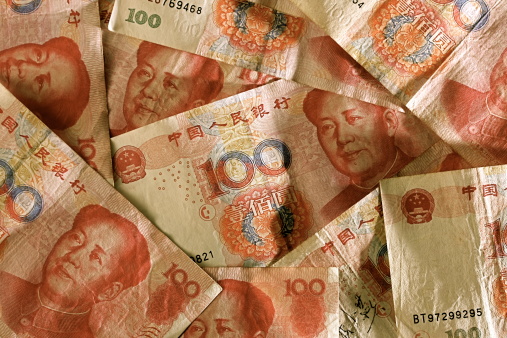 Saudi Arabia is willing to consider funding itself partly in Chinese yuan, a senior Saudi official said on Thursday, raising the possibility of closer financial ties between the two countries.

The Saudi government has started borrowing tens of billions of dollars abroad in the past year to cover a big budget deficit caused by low oil prices, but its foreign bond issues and loans have been denominated entirely in U.S. currency.

Obtaining some funds in yuan could give Riyadh more financial flexibility and would mark a success for China, the biggest market for Saudi oil, in its drive to make the yuan a top international currency.

“One of our main objectives is to diversify the funding basis of Saudi Arabia,” Vice Minister of Economy and Planning Mohammed al-Tuwaijri told a Saudi-Chinese conference in Jeddah.

“We will do that through access to investors or bodies of liquidity in the markets. China is by far one of the top markets. We will also access other technical markets in terms of unique funding opportunities, private placements, panda bonds and others.”

Tuwaijri added, “We will be very willing to consider funding in renminbi and other Chinese products, and Industrial and Commercial Bank of China and other divisions have shown interest for us to do that.”

Panda bonds are yuan-denominated bonds from non-Chinese issuers which are sold within China. An Liyan, chief executive of ICBC International, an arm of ICBC, the biggest Chinese bank, told the conference that her bank was willing to sponsor Saudi issues of panda bonds.

Tuwaijri said Riyadh was interested in raising money abroad not just to cover its budget deficit but also, more importantly, to finance major investment projects that would expand its economy and create jobs.

“Ideally, we would be funding through project finance and bond markets and other means,” he said.

Saudi Energy Minister Khalid al-Falih told Reuters on the sidelines of the conference that Saudi Arabia and China planned to establish a $20bn investment fund on a 50:50 basis.

“It is preliminary at this stage but the commitment from the top is there,” Falih said. He said the fund would invest in sectors such as infrastructure, energy, mining and materials, but did not give further details of its strategy.

China has announced plans to establish such joint investment funds around the world in recent years as a way to cement bilateral economic ties. In December 2015 Beijing said it would establish a $10bn fund with the United Arab Emirates, and last October a plan for a fund with France was revealed.

The Jeddah conference followed a visit to China by Saudi Arabia’s King Salman in March during which as much as $65bn of business deals were signed in sectors including oil refining, petrochemicals, light manufacturing and electronics.

Falih said on Thursday that he expected 11 business deals worth about $20bn to be signed with China this week. He did not give details; some of the deals may be more detailed versions of agreements reached on the Asian tour, and some may be memorandums of understanding rather than concrete projects.

Saudi Arabia is keen to attract Chinese investment to new industries, such as manufacturing and tourism, that it hopes to develop as part of efforts to diversify its economy beyond oil exports.

But Riyadh is also eager to boost the profits of its main sovereign wealth fund, the Public Investment Fund, which is believed to have around $180 billion of assets. The PIF is looking at investment opportunities in China’s shipping and transport systems and other infrastructure, Tuwaijri said.