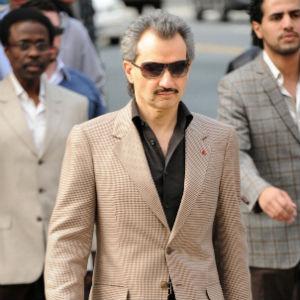 Kingdom Holding Co, the international investment firm of Saudi billionaire Prince Alwaleed bin Talal, has formed a sharia board of prominent scholars in order to raise more of its funding through Islamic finance.

The decision by one of the most prominent investment firms from the Gulf is likely to be seen as a boost to the Islamic finance industry, which obeys religious principles such as bans on interest payments and pure monetary speculation.

“The sharia committee was established to study the gradual conversion of future sources for loans for the company to be sharia-compliant,” Kingdom said in a brief statement.

Elgari serves on several sharia boards including the Islamic arms of HSBC and Standard Chartered Bank. Al Manee’a is chairman of the sharia board of Saudi Arabia’s National Commercial Bank and a member of the senior scholars council of the Kingdom of Saudi Arabia.

Kingdom Holding officials could not be contacted to elaborate on the statement, which appeared to be a recognition of the growing size and liquidity of Islamic capital markets.

Global issuance of sukuk (Islamic bonds), which are structured to avoid the payment of interest, hit about $121 billion in 2012, according to Thomson Reuters data, up from around $85 billion in 2011. Islamic banking is estimated to account for about a quarter of the Gulf’s banking sector.

Kingdom, which holds stakes in major Western companies such as Citigroup, News Corp and Twitter, did not give any indication in its statement that it would adjust its investment strategy in response to Islamic principles.

Last week the company posted a net profit of SAR209.6 million ($55.9 million) for the three months ended in December, up 11.6 per cent from a year earlier.

Last October, banking sources told Reuters that Kingdom was planning to raise up to $500 million from a syndicated loan, with the proceeds largely to refinance existing debt. Earlier, the company had considered a maiden debt issue in the Saudi bond market.