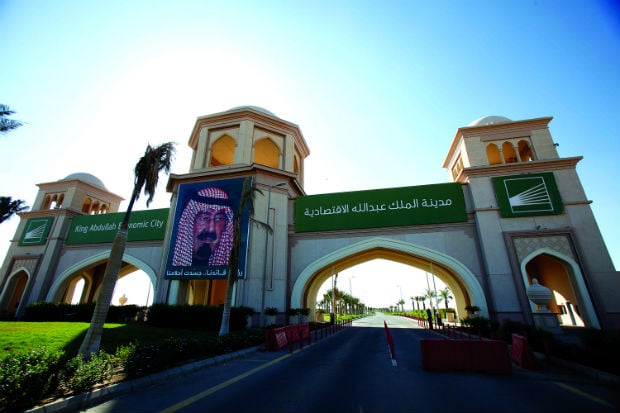 One of the more surprising sponsors of this year’s Arabian Hotel Investment Conference (AHIC) in Dubai was King Abdullah Economic City (KAEC).

For those not in the know, the huge development being built 100km north of Jeddah, has been earmarked to become one of the most important cities in the Middle East.

But since its conception, some nine years ago, the mega-project has changed considerably, due to both the global financial crisis and flood considerations.

KAEC’s plans to create the region’s largest financial centre, with a 140,000 square metre development have also been stalled.

“We have put the financial [centre plans] on hold for now because we believe it is not a sector that we can be competitive in. That’s why today, in addition to industry and logistics, we focus on hospitality, healthcare and education,” said Fahd Al Rasheed, MD and CEO of KAEC.

At AHIC, Al Rasheed revealed that the city’s planners are now looking to make it the destination of choice for leisure, corporate, and religious tourism in the Kingdom.

At least 10 hotels and 2,000 rooms are planned to achieve this goal, the first of which, the Bay La Sun Hotel and Marina, opened last year.

Al Rasheed described the hospitality industry as critical to the city’s success, especially in attracting the best talent.

“Ultimately, cities succeed when they can create memories and I think hotels are very important for that. Plus they are important as job creators.”

One of KAEC’s main attractions is expected to be its 51km of Red Sea virgin coastline and lagoon waterfront, which boasts coral reefs.

But unlike Dubai, which is seeking to attract tourists from across the world with its sunshine and beach lifestyle, KAEC is content to focus on the untapped local market, including Haj and Umrah pilgrims.

“It’s important to create a niche and we have a very strong niche,” said Al Rasheed.

Key to luring pilgrims will be KAEC’s station on the Haramain High Speed Railway, a 450km rail link between the holy cities of Mecca and Madinah, set for completion at the end of 2015.

The Hejaz Downtown and Haramain District areas are being developed to serve the needs of this pilgrim market and will include destination retail and Islamic cultural offerings, as well as a conference and exhibition centre and hotel.

Outside of its new tourism vision, much of the focus at KAEC so far has been on industry and logistics. King Abdullah Port commenced operations in the third quarter of 2013 and is set to be the world’s 10th largest when the final phase is completed.

KAEC’s Industrial Valley has also attracted 60 global manufacturers. “You have 25 per cent of global trade going through the Red Sea. We believe that if we address that market with the proper marine infrastructure and processes, then we can actually grow it,” said Al Rasheed.

The city’s chief also expects by-laws to be issued soon on the execution of the plan to make KAEC the first place in Saudi Arabia where foreign individuals can own property.

But with work on the project having started in 2005, the question on many lips will be when is the city going to be finally finished?

“Cities don’t really operate this way, they are developed in an organic manner and based on global macro economic issues,” said Al Rasheed.“We estimate it will be 2035, but that is just an estimate.”