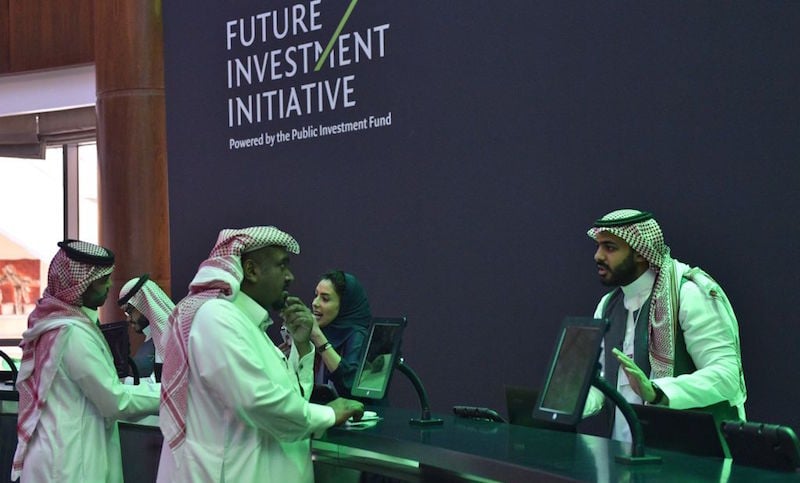 Saudi Arabia brushed off a Western boycott over the killing of journalist Jamal Khashoggi as it prepared to launch an investment conference on Tuesday that has been overshadowed by the withdrawal of dozens of top business and government leaders.

Hundreds of bankers and company executives are still expected to join officials at a palatial Riyadh hotel for the Future Investment Initiative, an annual event designed to help attract billions of dollars of foreign capital as part of reforms to end Saudi dependence on oil exports.

But while last year’s inaugural conference drew the global business elite, earning it the informal title “Davos in the Desert”, this year’s event has been marred by the pullout of more than two dozen high-level speakers following an international outcry over Khashoggi’s killing.

Khashoggi, a critic of Saudi Arabia’s crown prince, disappeared after he entered the Saudi consulate in Istanbul on Oct. 2 to obtain documents for his upcoming marriage.

After two weeks denying any involvement in his disappearance, Riyadh on Saturday said Khashoggi died during a fight in the consulate. Later, a Saudi official attributed the death to a chokehold.

The incident has strained ties between the West and the world’s top oil exporter.

U.S. Treasury Secretary Steven Mnuchin and senior ministers from Britain and France pulled out of the event along with chief executives or chairmen of about a dozen big financial firms such as JP Morgan Chase and HSBC, and International Monetary Fund chief Christine Lagarde.

Top executives of Asian companies were hesitant to pull out, so the participation of Chinese and Japanese institutions may keep the three-day conference – which has no connection to the World Economic Forum’s annual meeting in Davos, Switzerland – busy enough for Riyadh to claim it as a success.

Many Western banks and other companies, fearful of losing business such as fees from arranging deals for Saudi Arabia’s $250bn sovereign wealth fund, are sending lower-level executives even as their top people stay away.

For these reasons, the Western boycott may have little long-term impact on Saudi economic prospects. But the conference comes as many foreign investors are see a risk that the Khashoggi affair could damage Riyadh’s ties with Western governments.

Foreigners sold a net SAR4.01bn ($1.07bn) of Saudi equities last week, by far the biggest pull-out of overseas money since the stock market opened to direct foreign investment in mid-2015.

The event is being held at the Ritz-Carlton hotel in Riyadh, where scores of princes, businessmen and officials were detained in a crackdown on corruption just days after last year’s conference ended.

Authorities said the crackdown extracted over $100bn from suspects in financial settlements.