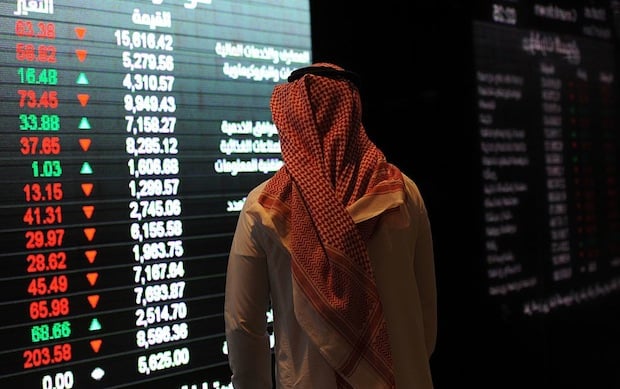 The possible inclusion of Saudi Arabia’s bourse (Tadawul) in equity index provider MSCI’s emerging markets index this year would lead to huge inflows, according to a research report.

MSCI’s announcement on Saudi’s probable inclusion in the index will be made on June 18 as part of its upcoming classification cycle.

“The 2013 experience of UAE and Qatar shows that inflows following the announcement could be large,” Bank of America Merrill Lynch (BofA) said in a report.

“While in that case the announcement was a surprise, the scope for flows in Saudi remains large. The MSCI weight could be as high as 2-3 per cent (and even higher including Aramco),” it added.

Also read: What does the MSCI upgrade mean for the UAE, Qatar

The Tadawul has been announcing a slew of reforms in the last few years in a bid to open out its market to international institutional investors. The market is also preparing for the listing of heavyweight Saudi Aramco, expected to take place in 2018.

In January, the MSCI acknowledged the “positive market reforms” undertaken by the Saudi Arabian Capital Market Authority (CMA) and the Tadawul and said they would make a “significant contribution toward bringing the Saudi equity market closer to emerging market accessibility standards”.

The index provider confirmed that the there is a possibility of Saudi being part of the watch list for inclusion in the MSCI Emerging Markets Index.

Inclusion in the review list is “conditional on receiving positive early feedback from market participants on their experience of investing in Saudi Arabian equities,” MSCI added.

“As part of the kingdom’s efforts to achieve emerging markets status and demonstrate genuine engagement with institutions, Tadawul has conducted three roadshows to date in the US, Europe and Asia with more than 250 participating investors, which together represent at least $18.05 trillion in investable assets,” Khalid Abdullah Al Hussan, CEO of Tadawul, said last month.

The Tadawul also provided an update of the capital market reforms that it has undertaken to align the market with international standards.

Many of the changes are set to go into effect by the close of Q2 2017, it said. Some of them include –

Introduction of Nomu, a parallel equity market for qualified investors that offers lighter listing requirements and serves as an alternative platform for companies to go public.

Adoption of new corporate governance rules issued by the Saudi Capital Markets Authority (CMA) in February. The rules will improve the rights of shareholders and board members and provide greater clarity and more transparency around determining commercial strategic planning, and roles, responsibilities and oversight of corporate entities and third parties.

Adoption of the Global Industry Classification Standard (GICS) in January which allows comparability of corporates across markets and easier analysis of sector performance.

Investor relations training for Tadawul’s 24 corporates with the most international exposure and liquidity, to be conducted from mid-April through mid-May. The programme aims to enhance transparency and disclosure and improve investor relations capabilities within Saudi listed companies.

Since opening the markets to QFIs in June 2015 and introducing updates to the programme in August 2016, Tadawul has registered a total of 56 international financial institutions.

“It is vitally important that Tadawul’s market participants, both domestic and foreign, have access to a transparent and exceptional trade environment that conforms to the highest international standards,” said Hussan.

“We have aggressively moved forward with a number of initiatives to strengthen corporate governance, improve investor relations capabilities of Saudi corporates, and bring Saudi Arabia’s trade settlement cycle into line with standard practice in a number of developed markets,” he added.