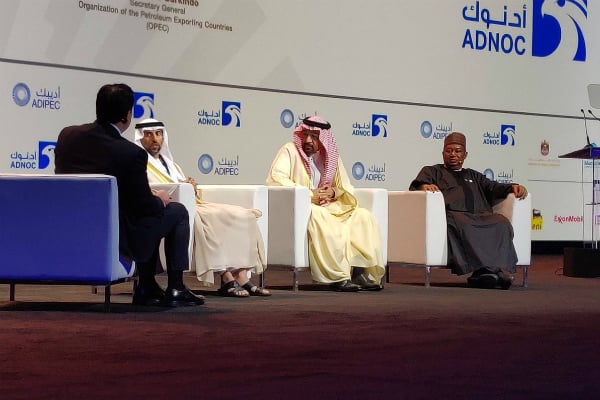 Saudi energy minister Khalid al-Falih said on Monday OPEC and its allies agree that technical analysis shows a need to cut oil supply next year by around 1 million barrels per day (bpd) versus October levels to balance the market.

Speaking at an industry event in Abu Dhabi, he said demand from Saudi Arabia’s customers in December would fall by more than half a million barrels per day from November and there was a consensus not to allow oil inventory to build up.

Falih also said Saudi Arabia is not preparing for a breakup of OPEC and believes the group will long remain the global central bank for oil.

Saudi Arabia’s top government-funded think-tank has been studying the possible effects on oil markets of a breakup of OPEC, the Wall Street Journal reported on Thursday, citing people familiar with the matter.

Falih said the think-tank was just trying “to think outside the box” and analyse all scenarios, adding that the Saudi leadership had “no consideration whatsoever to eliminate OPEC”.

On Sunday, Falih had announced plans by Saudi Arabia to reduce oil supply to world markets by 500,000 bpd in December as the country faces uncertain prospects in getting other producers to agree to a coordinated output cut.

Falih told reporters that state oil company Saudi Aramco’s customer nominations would fall by 500,000 bpd in December versus November due to seasonal lower demand. The cut represents a reduction in global oil supply of about 0.5 per cent.