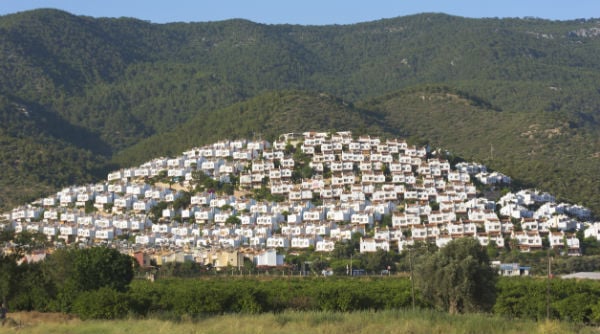 Shelash said the company owned just under 35 million square metres (8,650 acres) of land, and in the past it has relied heavily for revenue on sales of land within Saudi Arabia.

Its decision to branch out overseas illustrates how a growing number of Saudi companies, buoyed by the economic boom of the past two years, are looking to diversify abroad.

Outward flows of foreign direct investment from Saudi Arabia hit $3.4 billion last year, close to a record $3.9 billion recorded in 2010, according to the Arab Investment and Export Credit Guarantee Corp.

“We are targeting some geographical diversification. We have a concentration issue. Most of our assets are in Saudi so we would like to diversify outside Saudi Arabia through a long plan over five to seven years,” Shelash said at the Reuters Middle East Investment Summit.

He said the company was targeting assets outside the Gulf and North Africa, “maybe in Turkey or Asia, Malaysia, Singapore, some stable countries”, and that it would look to buy existing buildings rather than develop new sites.

“We would like to get some stability in the company income,” he said, but added that it would likely take five to seven years to generate 40 percent of revenue from rental income, a goal which he said last year would hopefully take three years.

Shelash added the company was still finalising a more detailed strategy, which it hoped to have ready early next year.

Dar has enjoyed a dramatic recovery in its fortunes over the past two years, which to some degree mirrors the fortunes of the Saudi economy.

Saudi Arabia was hit by the global economic crisis of 2009-2010 but after the Arab Spring uprisings of early 2011, the government boosted spending heavily in order to ease social tensions. This has helped Dar and many other Saudi companies.

When Dar issued an Islamic bond or sukuk in 2010, investor demand was sluggish and the company had to settle for raising $450 million instead of its target of $500-700 million.

This year, however, its sukuk yields have dropped sharply and its share price has jumped 14 percent, far outperforming a 4 per cent gain by Saudi Arabia’s main stock index – although the stock’s value is still less than a quarter of its 2007 peak.

Although Dar is not explicitly backed by the government, official action has convinced investors that authorities would like to see the company succeed.

The company now has outstanding debt of around 4.4 billion riyals, with sukuk of 750 million riyals and 1.69 billion riyals maturing in May 2014 and February 2015 respectively. It also has short-term murabaha Islamic loans with local and international banks, which it plans to roll over.

Dar, which posted third-quarter net income of 867 million riyals, paid off a $1 billion sukuk in July this year after selling land.

Shelash said the sukuk maturing in 2014 and 2015 could be paid off through company earnings without selling assets and would not be rolled over, adding that the company was waiting to see the impact of the U.S. “fiscal cliff” on international debt markets before it would consider raising more money.

Saudi Arabia’s real estate market, characterised by high land prices and pent-up demand for low-cost housing, is on the brink of potentially significant changes. A law to regulate mortgage lending for the first time was approved this year.

Shelash said it was too soon to predict the impact of the law on the real estate sector, but that it was likely to increase prices as lenders eventually gained confidence in the regulatory system and more consumers gained access to financing.

“It will add new additional demand. It will also make the price…to be a little bit up,” he said. He added that he was not sure what the direct impact would be on Dar’s business.

Although the cabinet approved the law in July, details have yet to be made public by the central bank.

Analysts have said most housing demand in Saudi Arabia is among lower-income Saudis, while many developers have tended to focus on building more expensive properties which yield higher profits. Rising land prices mean it is sometimes more profitable for firms to simply trade land than to build low-cost houses.

Shelash said a housing-loan company partly owned by Dar would likely focus on the upper-middle segment of the housing market.