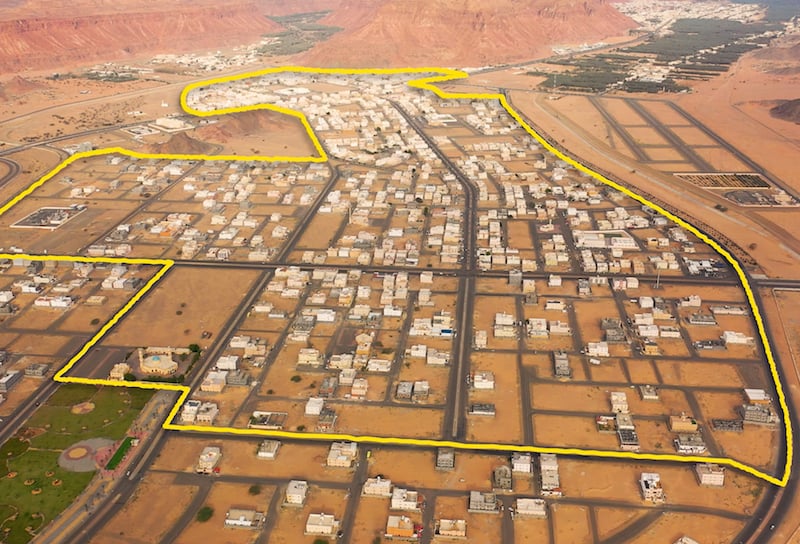 Applications for building permits and commercial activities in AlUla South will begin on March 15, RCU said in a statement.

The first phase of building permits will include parts of Alazizia and Alsalam neighbourhoods. Landowners in that area will be allowed to build residential or commercial properties.

A new design studio has also been established – under the supervision of the RCU planning team – to help residents’ architects adopt new guidelines, while providing advice on sustainable urban development.

Overall, urban regeneration will focus on the existing built-up areas of AlUla and AlUla South, with 80 per cent of AlUla county remaining protected, including the historic old town area.

Amr AlMadani, CEO of the RCU said: “Opening permits for residential and commercial building in AlUla South is a first step towards unlocking growth while enhancing quality of life and the overall aesthetic of AlUla for the community.

“We have launched a series of programmes and initiatives aimed at enhancing quality of life for local communities, including training programmes for 3,500 AlUla community members and more than 900 jobs created, and we are now building a high-quality urban landscape to match.”

The move follows a number of development projects aimed at improving AlUla’s tourism infrastructure, including the expansion of Prince Abdulmajid Airport to welcome 400,000 visitors annually.

The masterplan and development programme will include multiple streams focusing on infrastructure, telecommunications and transportation systems, the statement said.

This will be accompanied by the provision of new training and career opportunities in sectors that serve the strategic direction of the governorate.

Located 1,100km from Riyadh in north-west Saudi Arabia, AlUla is spread across over 22,561 sqkm and includes an oasis valley, sandstone mountains and ancient cultural heritage sites dating back thousands of years to the Lihyan and Nabataean time periods.

Last month, the kingdom announced that under Saudi Arabia’s 2030 Vision, it plans to establish AlUla as the world’s largest living museum and a major heritage, cultural, arts and adventure tourism destination.

Saudi Arabia aims to host two million visitors a year in AlUla by 2035, and the RCU estimates the project will create more than 67,000 new jobs – almost half of them in the tourism sector.