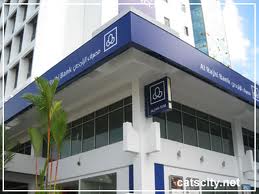 Al Rajhi Bank, Saudi Arabia’s largest listed lender, has trimmed its proposed cash dividend for the first half of 2014, after reporting lower profits earlier this week.

The bank has proposed paying SAR1 ($0.27) per share for the six-month period to June 30, according to a bourse filing on Tuesday. This is below the SAR1.38 per share the bank paid for the corresponding period of 2013, according to Thomson Reuters data.