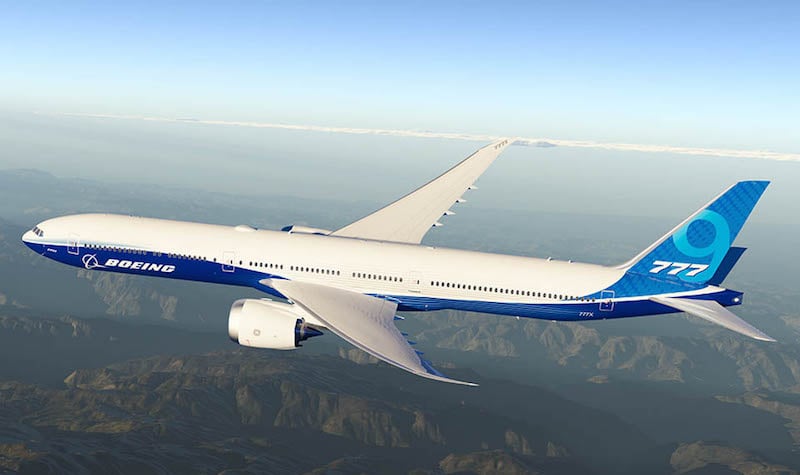 Saudi Arabian Airlines is exploring a potential order for Boeing 777X widebody jets, according to three sources familiar with the matter.

It was not immediately clear when Saudi Arabia’s state-owned airline, also known as Saudia, could reach a deal or how many 777X jets it is interested in.

The airline’s director-general Saleh bin Nasser al-Jasser told Reuters last November that a wide-body jet order would be considered in 2018.

A potential Saudia order could alleviate production pressure for Boeing which is now unlikely to sell 80 jets that IranAir ordered before the United States withdrew from a nuclear deal with Iran and said it would reimpose sanctions on Tehran.

Saudi Arabia, a longtime U.S. ally, welcomed US President Donald Trump’s decision to pull out of the agreement that had reopened global trade with Tehran in exchange for curbs on its nuclear activities.

Companies from Saudi Arabia and the United States have signed business deals worth tens of billions of dollars since Trump took office in 2017.

The discussions also come at a time when doubts have been expressed about the solidity of existing 777X orders from the Gulf, particularly from Abu Dhabi’s Etihad Airways which is restructuring after accumulating $3.5bn in losses in the past two years.

Saudia operates a mixed fleet of 148 Airbus and Boeing aircraft, including 777 twin-engined jets, according to its website.

Saudia has been restructuring since 2015, divesting from non-core businesses with the plan of returning to profitability by 2020.