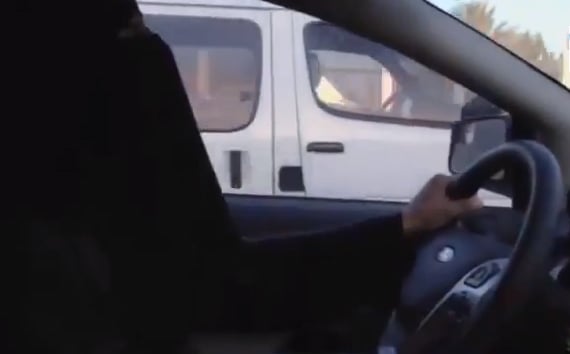 Saudi women demanding the right to drive said on Sunday they would keep up their campaign a day after government warnings and a heavy police presence thwarted their call for many women to get behind the wheel.

Activists are asking Saudi women to go on driving in public and posting online photographs or films of themselves doing so, after putting dozens of such videos on YouTube in recent weeks.

A video posted online on Sunday showed a woman in the black headscarf typically worn by Saudi women driving with her son to and from Kingdom Hospital in north Riyadh earlier in the day.

“The campaign continues, in order to normalise driving in our country, whose laws allow the practice of this right,” said a Tweet posted on the campaign’s Twitter feed.

The activists say no specific law in Saudi Arabia bans women from driving, although women cannot apply for driving licences. Government officials say a ban is in effect because it accords with the wishes of society in the conservative Kingdom.

Activists posted 12 films on YouTube said to be of women driving on Saturday, and said some other women had also driven but without recording their exploits on video or in photographs.

Those who did drive were defying government admonitions backed up by a hefty police presence in the capital Riyadh. Interior Ministry employees had also contacted leaders of the campaign individually to tell them not to drive on Saturday.

“Yesterday there were lots of police cars so I didn’t take the risk. I only took the wheel for a few minutes. Today I drove and nobody stopped me. For sure I will drive every day doing my normal tasks,” Azza al-Shamasi, the woman who filmed herself driving to the hospital on Sunday, told Reuters.

In Riyadh, police erected impromptu roadblocks on Saturday and peered through car windows to ensure women were not driving. Many traffic patrols were also in evidence as the authorities tried to foil any defiance of the men-only road rules.

A report on Sabq.org, a Saudi news website, late on Saturday said six women had been stopped for driving by Riyadh police.

In Jeddah, Samia el-Moslimany, a half-Egyptian half-American woman married to a Saudi for 27 years, said she was briefly held and made to sign a pledge that she would not drive again.

“I drove around the neighbourhood in Jeddah,” she said.

When she drove in the Kingdom’s second city earlier in the evening, several cars followed with young men waving at her. Minutes after she relinquished the wheel to her driver, police surrounded her car and took her into detention, she said.

Saudi Arabia, the birthplace of Islam and a U.S. ally, is an absolute monarchy that forbids political protests.

The al-Saud family, which has ruled with the aid of clerics from Sunni Islam’s strict Wahhabi school, finances the religious establishment and allows it significant control over Saudi law.

Saudi Arabia is the only country on earth to bar women from driving. It also forbids them from travelling abroad, opening a bank account or working without permission from a male relative.

King Abdullah has pushed some cautious reforms to give women more employment opportunities and a greater public voice in Saudi Arabia, but has often faced resistance from senior clergy.

Last week some ultra-conservative clerics staged a protest outside the royal court against the campaign for women to drive.

A YouTube film made by male Saudi comedians went viral on Saturday, parodying the Bob Marley song ‘No Woman No Cry’ as ‘No Woman No Drive’, to support the women’s driving campaign.

In the short film, comedian Hisham Fageeh sang, whistled and danced with lyrics that included “I remember when you used to sit in the family car but backseat… in this bright future you can’t forget your past, so put your car key away”.