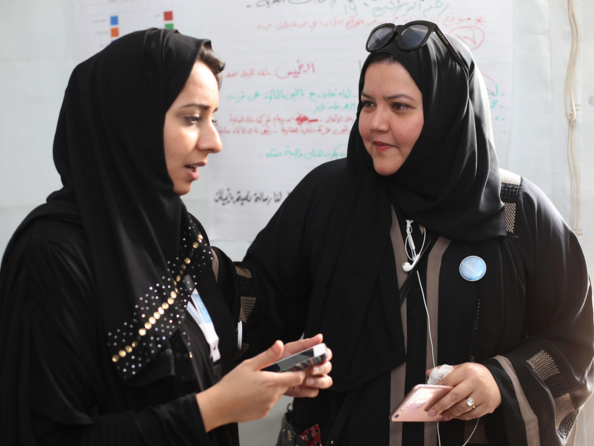 One of Saudi Arabia’s first elected female councillors has said that the Kingdom’s women need to ‘think like men’ in the workplace.

Rasha Hefzi, who was voted into Jeddah’s municipal council at the end of 2015, made the comments during an interview on BBC HARDtalk which discussed the role of women in modern Saudi Arabia.

The businesswoman said that gender segregation in the Kingdom sometimes leads to ‘immaturity’ and advised women to “know how to talk, how to communicate with men”.

She added: “The way you’re talking like a woman, men will not accept you in the workforce,” and that women need to “think like men and act like men.”

Offering a positive outlook on the future for women in Saudi Arabia, Hefzi also said: “Fifty years ago we had only women in two workforces, education and healthcare, and now you see women all around the Kingdom in different fields and different sectors. I’m sure soon you will find a woman minister and prime minister.”

Hefzi was one of 21 women voted into municipal councils around Saudi Arabia in December 2015. The elections were noted for being the first in the Kingdom to allow women to stand as candidates and to vote.