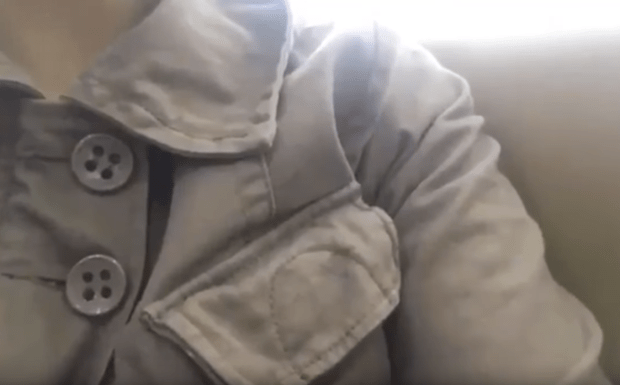 A Saudi woman claiming she sought asylum in Australia was stopped on a layover in the Philippines and returned to Riyadh on Wednesday.

Dina Ali Lasloom said in self-recorded videos the Philippine authorities had held her at the Manila airport and confiscated her passport. The videos circulated widely on social media over the last two days.

“My name is Dina Ali and I’m a Saudi woman who fled Saudi Arabia to Australia to seek asylum,” she said in one video, adding she feared violence from any relatives who came to bring her back home.

“Please help me. I’m recording this video to help me and know that I’m real and I’m here.”

The woman did not say why she sought refuge abroad and the authenticity of the videos could not immediately be verified.

The Saudi embassy in Manila issued a statement on Wednesday calling the case a “family matter” and added without elaborating that she had “returned with her relatives to the homeland.”

Philippine authorities did not immediately respond to a Reuters request for comment.

In Saudi Arabia, women are legally subject to a male guardian, who must give his approval for basic decisions on education, marriage, travel and even medical treatment.

Saudi authorities have over the last decade granted new opportunities for women to study and work. But women are still barred from driving and must obey a strict dress code requiring that they wear loose robes when in public.

Meagan Khan, a Canadian tourist, told The Australian newspaper after landing in Bali that she had allowed Ali to use her phone to post the videos on Twitter.

Ali began to cry when two men whom she identified as relatives arrived at the Manila airport, Khan told the paper.

Saudi activists said Ali was forced onto a Saudi Arabia Airlines flight from Manila to Riyadh on Tuesday night.

She did not emerge at King Khalid International Airport in Riyadh after the flight landed early Wednesday morning, but multiple passengers told Reuters they had seen a woman being carried onto the plane screaming.

“I heard a lady screaming from upstairs. Then I saw two or three men carrying her. They weren’t Filipino. They looked Arab,” said one Filipino woman, who declined to give her name.

A rare gathering of about 10 Saudi activists appeared in the arrivals area of the Riyadh airport around midnight on Wednesday, after a hashtag began circulating on Twitter urging people to “receive Dina at the airport.”

One of them, a 23-year-old medical student named Alaa Alanazi, appeared to have been detained after approaching airport security about the case.

Her sister, Nada, said airport officials told her Alanazi had been sent to a police station in central Riyadh, but said she was unable to confirm her sister’s whereabouts.

Reuters could not immediately reach security officials for comment.