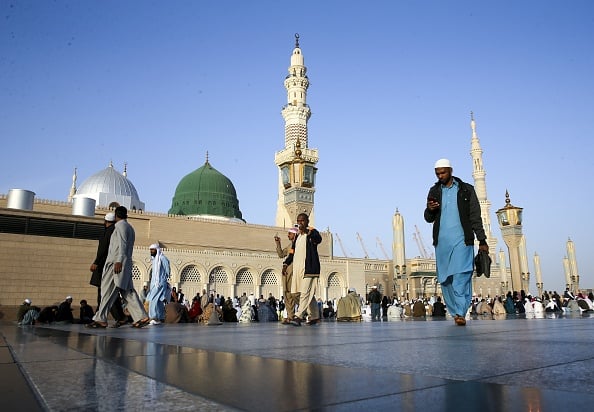 Saudi Arabia’s General Directorate of Passports has warned Umrah pilgrims to abide by their visa terms or face a fine of SAR50,000 ($13,332) and six months in prison before deportation.

They are also only allowed to carry out their pilgrimage for a set period of time.

The kingdom is currently in the middle of a crackdown in residency, labour and border security law violators.

The campaign, which began in November, has so far resulted in 1.1 million arrests and more than 300,000 deportations, officials said in a recent update.

In the past, some pilgrims have used their visa to gain entry into the kingdom with the intention of finding work.

The directorate called on citizens and residents not to transfer, employ or accommodate those with an expired Umrah visa.

More than 2,000 people have been arrested for similar crimes under the current crackdown.

The General Authority for Statistics said in a Tuesday report said more than 19 million pilgrims performed Umrah in 2017, of these 6.5 million came from outside Saudi Arabia