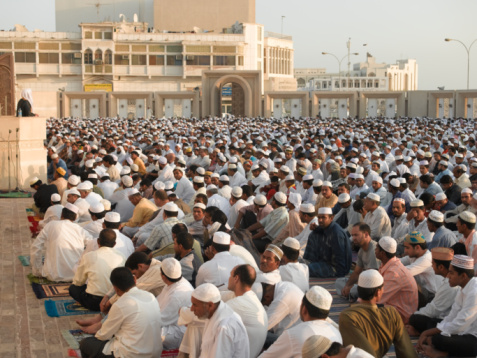 Imams in Saudi Arabia found to be talking or preaching about political matters during the Friday sermon will be sacked, a senior official has warned.

“The imams who talk about politics in their sermons will not only be sacked from their posts but will be prevented from taking another position in any mosque,” Abdulmohsen Bin Abdulaziz Al-Asheikh, an assistant undersecretary of the ministry was quoted as saying in local newspaper Okaz.

He added that an imam will be summoned before a group of scholars from the ministry’s advisory committee if found to be discussing politics during the sermon.

“If the imam repents and makes a solemn pledge not to do this again he will be pardoned and kept in his position, otherwise he will be dismissed,” he said.

The official urged all imams to restrict their sermons to relevant religious matters and not venture into political issues.

Around 3,500 clerics in Saudi Arabia have been dismissed since 2003 for questionable sermons, Okaz said quoting reports from the Arabic press.

Media reports have indicated that Saudi Arabia and Kuwait have been regulating religious clerics, fearing that they could incite sectarian violence amidst heightened tension in Egypt and Syria.

Nearly 20 clerics were reported to be sacked or suspended within a span of few months in the Kingdom last year, according to Reuters.

Saudi Arabian monarch King Abdullah also issued a decree in 2010 to regulate the number of fatwas in the Kingdom, according to local media reports.

The royal decree limited the right to issue a fatwa to just members of the Council of Senior Religious Scholars and those who have been permitted by the King.