Saudi, US ties strong ‘irrespective of who is in the White House’ - minister - Gulf Business 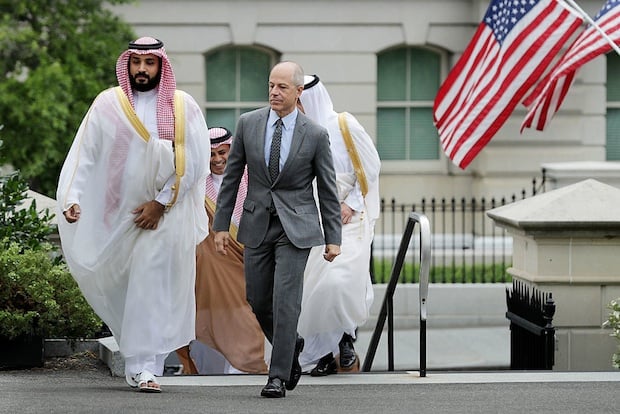 The ties between Saudi Arabia and the United States are ‘solid’ and will continue to grow stronger even after the upcoming US elections, Saudi foreign minister Adel bin Ahmed Al Jubeir has said.

He was speaking after a meeting between the kingdom’s Deputy Crown Prince Mohammed bin Salman and US President Barack Obama in Washington.

“With regard to the relationship between our two countries: Yes, I believe they will grow stronger and they will grow deeper in all areas, irrespective of who is in the White House,” he said.

Ties between the two countries have strained in recent months due to various reasons.

Saudi has strongly opposed the US-led agreement with its rival Iran that will allow sanctions to be removed on the country.

“If Iran wants to have normal relations with the countries of the region, it must change the approach that it has adopted over 35 years,” he added.

Frictions also grew after the US Senate passed a bill earlier this year allowing the families of the September 11 attack victims to sue Saudi Arabia for damages.

However, the White House has threatened to veto the measure.

During his visit, Prince Mohammed – who recently unveiled Saudi’s ambitious Vision 2030 programme, also met with senior administration officials, members of Congress and representatives of the private sector. He briefed them on the programme, which aims to reduce Saudi’s dependence on oil.

“I think people in the US were very pleased with it and very supportive of the scope of it, the breadth of it, and look forward to working with the Kingdom of Saudi Arabia on its implementation,” Al Jubeir said.