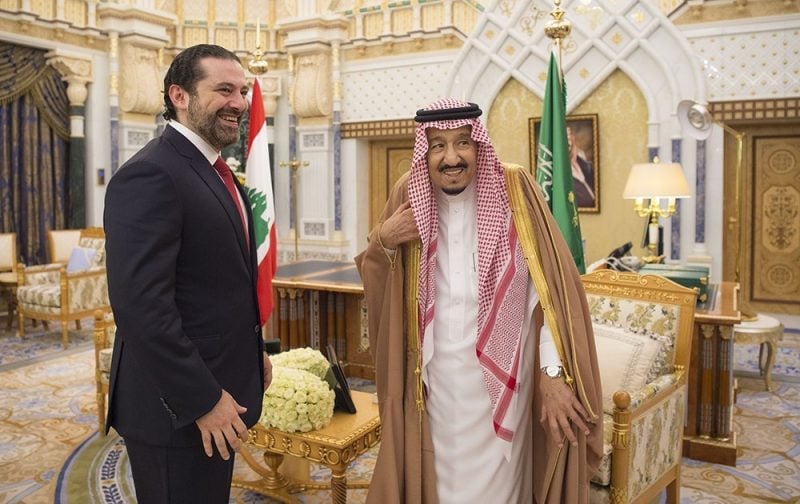 Saudi Arabia and the United Arab Emirates are looking to invest in infrastructure projects in Lebanon after ties have recovered, Lebanese Prime Minister Saad al-Hariri said in comments from his office on Friday.

Hariri, on a visit to Washington, also said there were negotiations “over financial and economic aid” with the United States, the Lebanese military’s biggest foreign backer. He did not elaborate.

After years of backsliding, heavily indebted Lebanon faces financial crisis without reforms to put public spending on a sustainable footing.

Launching long-stalled reforms would help Lebanon unlock more than $11bn pledged at the “Cedre” donor conference in Paris last year – the centrepiece of the Hariri government’s plans to revive the sluggish economy.

“We will present to (Saudi and the UAE) the projects we have in Cedre because they want to contribute and invest. The relationship between us has returned to what it was before and may be better,” Hariri told reporters during a visit in Washington, his office said in a statement on Friday.

He added that talks were under way with Riyadh on some 23 economic deals, it said.

Saudi Arabia’s historically close ties to Lebanon, including the Hariri family, deteriorated in recent years as the influence of the heavily armed Shi’ite Hezbollah, which is backed by Riyadh’s enemy Tehran, grew.

Relations hit a low in November 2017, when it is widely acknowledged that Hariri was held during a trip to Riyadh and abruptly declared his resignation in a televised address.

Though Riyadh has always denied detaining Hariri, French President Emmanuel Macron – who helped mediate a resolution of the crisis – last year confirmed the Lebanese PM had been held in the kingdom.

After a thaw in ties, Riyadh lifted a travel warning this year and three ex-premiers who met Saudi King Salman last month said the kingdom was ready to support Lebanon.

Hariri’s government, which has one of the world’s highest levels of public debt worth around 150 per cent of GDP, is seeking to bring down its fiscal deficit. Parliament passed the 2019 state budget in July.

After years of low economic growth, Lebanon wants the funds promised by foreign donors in Paris for a capital investment programme to overhaul its infrastructure, with projects tackling transport, water and power sectors.