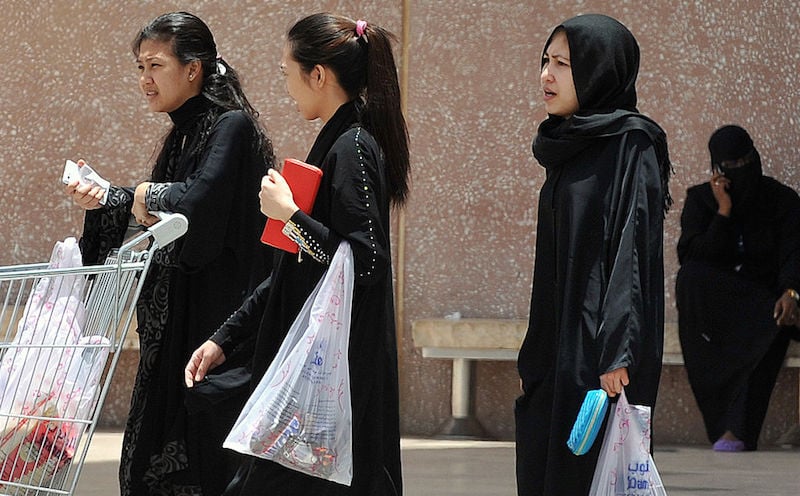 Saudi Arabia remained the top destination for overseas Filipino workers (OFWs) during the second and third quarter of 2018, according to a report from the Philippine Statistics Authority (PSA).

One out of four (24.3 per cent) OFWs worked in Saudi Arabia, which remained to be the top destination between April to September 2018, the PSA’s 2018 survey on Overseas Filipinos found.

The UAE emerged as the next biggest destination, with 15.7 per cent of OFWs working in the country. Hong Kong (6.3 per cent), Kuwait (5.7 per cent), Taiwan (5.5 per cent) and Qatar (5.2 per cent) were the other popular destinations for overseas Filipinos, the survey found.

Overall, the number of OFWs who worked abroad at any time during the period April to September 2018 was estimated at 2.3 million.

Overseas Contract Workers (OCWs) with existing work contract comprised 96.2 per cent of the total while the rest (3.8 per cent) worked overseas without a contract.

The report also found that female OFWs comprised 55.8 per cent of the total and were generally younger than male OFWs, with about half (47.5 per cent) of the women belonging to the age group 25 to 34 years.

Among occupations, elementary occupations or unskilled work accounted for the largest segment (37.1 per cent), followed by service and sales workers (18.8 per cent) and plant and machine operators and assemblers (13.8 per cent).

Last year, a senior official from the Philippines said that the Saudi government’s efforts to nationalise the workforce will have an impact on the hiring of OFWs in the kingdom.

“Hiring of Filipino workers (in the kingdom) may possibly drop by 20 to 30 per cent this year because of the Saudisation program,” labour secretary Silvestre Bello was quoted as saying by local daily Philippine Star.

However, he stressed that there would be no ‘mass displacement’ of OFWs in the kingdom.

“It’s not displacement, it’s more on non-deployment. Those who are already (employed) won’t be affected because (Saudis) really prefer Filipinos over other nationalities,” Bello told the paper.

Saudi has taken several steps to reduce unemployment among its citizens, as part of its Vision 2030 goal of reducing the country’s unemployment rate to 7 per cent.

Research by Saudi Arabia’s General Statistics Authority (GASTA) found that the number of employed expatriates in the kingdom fell from over 10.18 million in the first quarter of 2018 to just over 9.5 million in Q3.