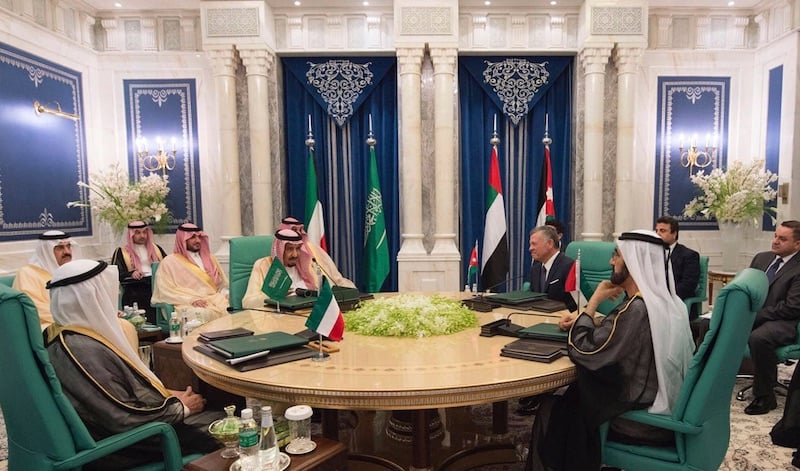 Saudi Arabia, Kuwait and the United Arab Emirates pledged $2.5bn of aid to Jordan on Monday, a joint statement from the Gulf states said, following austerity measures that have sparked massive protests in the country.

Price hikes and subsidy cuts pushed thousands of Jordanians to the streets last week against the government’s economic policies. The rare, peaceful protests prompted King Abdullah to sack the government and appoint a new prime minister, whose first pledge was to shelve steep tax hikes.

Other monarchies are worried that unrest in the U.S. ally could spill over across the region where other countries such as Bahrain and Egypt have been facing similar challenges.

The three wealthy Gulf states said Jordan would receive as much as $2.5bn of aid to help it weather the economic and political crisis.

Jordan is pushing fiscal consolidation measures required under an IMF financing program including tax increases and subsidy cuts that have weighed on poorer and middle-lass families.

Jordan’s newly designated prime minister, Omar al-Razzaz, said on Thursday he would drop a proposed income tax bill, conceding to a key demand of protesters who had already brought down the previous government.