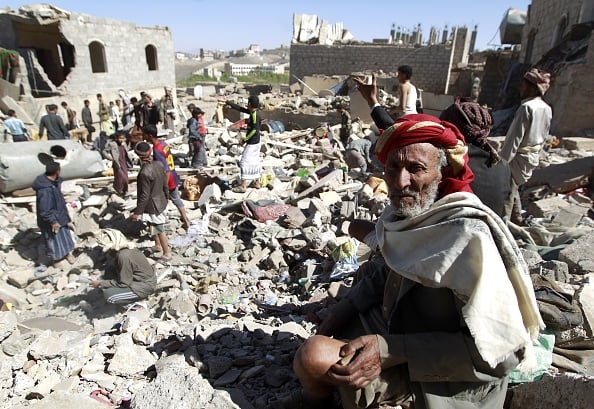 Saudi Arabia and the United Arab Emirates, which together lead a coalition of Arab states fighting against in Yemen against the Houthi movement that controls the capital, pledged a new $500m food aid programme for Yemen on Tuesday.

The programme was announced by Abdullah bin Abdulaziz Al-Rabi’ah, general supervisor of Saudi Arabia’s King Salman Centre for Humanitarian Relief and Works, at a joint press conference in Riyadh with Reem al-Hashimy, UAE Minister of State for International Cooperation.