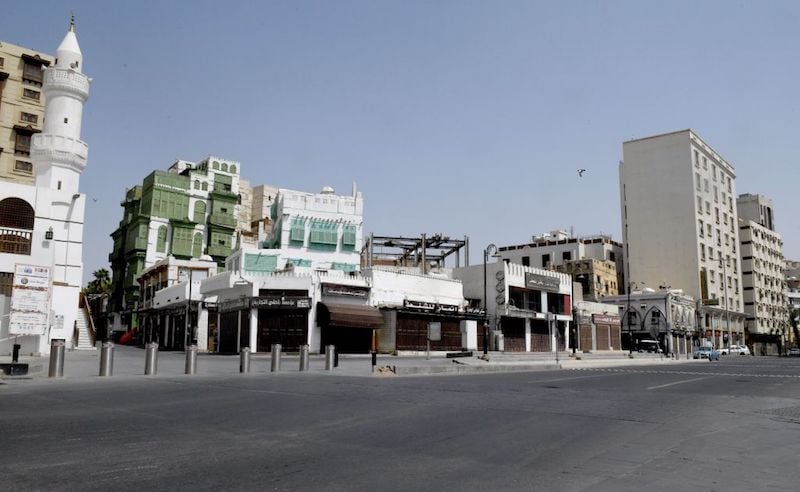 A traffic police officer in Saudi Arabia was killed after he was run-over by a motorist who refused to stop at a security checkpoint, the Saudi Press Agency (SPA) reported.

The incident took place on Sunday evening at one of the security checkpoints on Al-Haramain Road east of Jeddah Governorate, SPA quoted the media spokesperson for the police of Makkah Region, Major Mohammed Abdel Wahab Al-Ghamdi, as stating.

The motorist driving the vehicle “failed to comply with instructions to stop and drove away at a high speed”, resulting in the death of the security officer, the report said.

The driver of the violating vehicle, a Saudi citizen in his 30s, was arrested, it added.

Saudi has enforced a strict measures across the country to prevent the spread of Covid-19.

Jeddah is currently under quarantine, with authorities banning entry and exit to the governorate last week.

Exemptions only apply to those working in healthcare and in vital public and private sectors such as security, military and media.

On Saturday, the kingdom also announced that a 24-hour curfew will be imposed on seven neighbourhoods in Jeddah to combat the spread of the coronavirus including Kilo 14 South, Kilo 14 North, Al-Mahjar, Ghulail, Al-Qurayyat, Kilo 13, and Petromin.

The move comes after the kingdom enforced a 24-hour curfew in Makkah and Madinah on Thursday, which will remain in effect until further notice.

Residents of Makkah and Madinah are allowed to leave their homes only in exceptional cases to meet necessary needs such as health care requirements and to obtain food supplies.

However, they must restrict their movements to remain within their residential neighbourhood and should exit from their homes only between 6am until 3pm, if necessary.