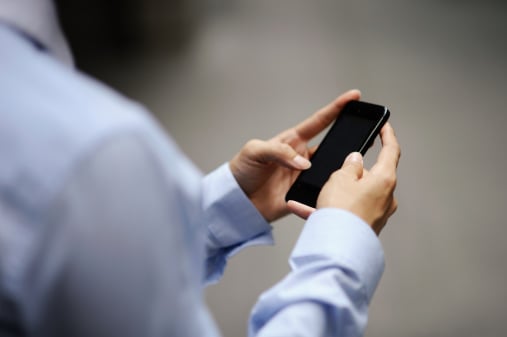 Viva Bahrain, the country’s No.2 telecom operator by income, expects data to account for at least half of revenue within two years – from a quarter now – as it seeks to counter a decline in conventional calls and texts, its chief executive told Reuters.

Operators’ average revenue per user (ARPU) is falling in Bahrain, in line with global trends as customers make fewer conventional calls and texts in favour of instant messaging and Internet phone calls, which carry lower margins.

However Viva said the launch of its next-generation mobile network – which allows web download speeds several times faster than its predecessor 3G – was helping it counter the decline in ARPU by attracting more customers with high data usage.

“Bahrain has a lot of demand for data, we’re moving fast towards that point,” he told Reuters on the sidelines of a conference in Dubai on Monday. “Revenues from data have grown significantly,” he said, without giving further details.

As a private company, Viva Bahrain does not release financial statements and it rarely communicates with the media about its financial position, strategy or revenue make-up.

Mobile broadband penetration in Bahrain was 128 per cent of the population at the end of 2013 – equating to 1.28 subscriptions per person – according to the industry regulator. That compared with about 27 per cent globally and 75 per cent in the developed world, according to the International Telecommunication Union.

This shows some users in Bahrain have multiple phones and switch provider depending on which has the best terms for the service they want to use, fuelling price competition. Mobile broadband accounts for 90 per cent of all broadband use there.

Analysts say Viva has largely escaped the difficulties of late entrants, who often struggle with high start-up costs and well-established and cash-rich rivals, thanks to its aggressive pricing.

In comparison, former monopoly Bahrain Telecommunications Co’s (Batelco) home operations suffered a seven per cent fall in revenue to 190.6 million dinars ($505.57 million) over the same period, according to Reuters calculations.

Batelco has reported declining profits in 17 out of past 20 quarters amid management turmoil. It went about almost 12 months without a permanent chief executive following the resignation of the previous CEO in May 2013 and other senior executives left the company last year.

Revenue at Zain Bahrain, a subsidiary of Kuwait’s Zain , rose five per cent annually in 2013 to $213 million, the parent firm’s earnings statement shows.

Batelco and Zain Bahrain have not said what proportion of revenue data accounts for.

CEO Wetaid said Viva’s revenue in the first half of 2014 increased 15 per cent from a year earlier.