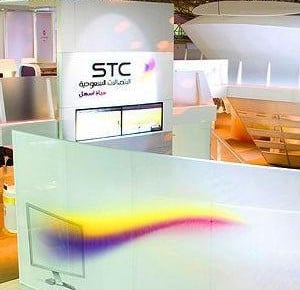 The increase in net profit was because of growth in broadband and business sector services as well as higher revenue from international operations, Saudi Telecom said on Saturday.

The former monopoly made a net profit of 1.95 billion riyals ($520 million) in the three months to September 30, compared with a forecast for 2.42 billion in a Reuters poll.

Operating income rose 0.5 per cent to 3.02 billion riyals and revenue from services increased 8 per cent to 15.1 billion.

It will pay a dividend of 0.50 riyal per share, totalling 1 billion riyals, out of third-quarter profit.

STC, which remains majority government-owned company nearly a decade after bring listed, is the largest Gulf telecom operator by market value, with operations across the Muslim world from Indonesia to Turkey.