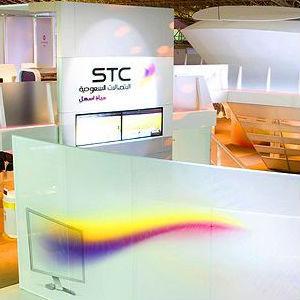 It attributed the profit growth to an increase in its domestic broadband, business services and wholesales services sales, as well as higher revenue from international operations.

The former monopoly made a net profit of SAR2.41 billion ($642.7 million) in the three months to June 30, up from SAR2.26 billion in the year-earlier period, it said in a bourse statement.

The telco said in a separate statement it would pay a dividend of SAR0.5 a share for the second quarter.

Soaring demand for broadband has lifted STC’s earnings in recent quarters, with the state-run firm offering bundle packages to woo back customers from rival operators Etihad Etisalat (Mobily), an affiliate of the United Arab Emirates’ Etisalat, and Zain Saudi, part-owned by Kuwait’s Zain.

STC, which remains majority government-owned nearly a decade after its partial privatisation, is the largest Gulf telecoms operator by market value with operations across the Muslim world from Turkey to Indonesia.

Morgan Stanley in June upgraded STC’s stock to overweight and raised its price target to SAR48 from SAR39, saying earnings and dividends were likely to increase.