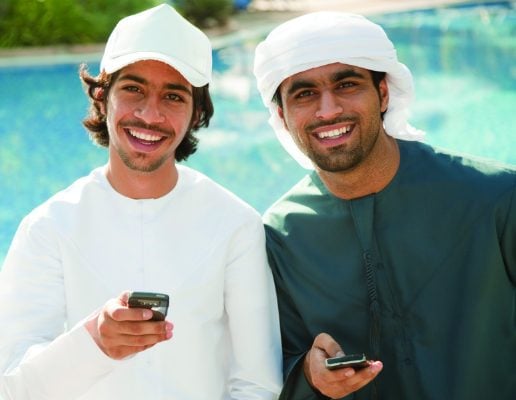 Saudi Arabia is one of the world’s most penetrated mobile markets. Multiple SIM card ownership is common and wireless subscriptions, at more than 53 million, stand well in excess of the World Bank’s last population estimation in 2013 of 28.83 million.

But following the recent success of youth-focussed mobile virtual network operator Virgin Mobile, which achieved a one million-subscriber milestone only a year after its late 2014 launch, other operators are seeing there may yet be untapped opportunities.

Among them, STC announced a dramatic shift in its approach to the market in May with the launch of a new mobile brand designed to appeal to the kingdom’s young tech-savvy population. Jawwy, meaning ‘my way’ in Arabic, was launched in partnership with ItsOn, a United States based company that provides a cloud-based service marketing platform for mobile operators.

According to chief executive of the new unit, Subhra Das, it was not Virgin’s success that spurred the telco’s plans.

“This particular course of action from STC’s side predates the MVNO entries,” he says.

“This is one segment that STC was yielding to the other competitors before even the advent of MVNOs.
“What we’ve essentially done is completely reimagined the end-to-end mobile service experience and made it fit for purpose for the digital generation.”

The launch of Jawwy comes at a significant time in the kingdom, where oil diversification plans spearheaded by deputy crown prince Mohammed bin Salman are taking centre stage.

There is also a growing desire to cater to the needs and desires of the country’s surging youth, with two thirds of the kingdom’s population estimated to be below the age of 30.

“It’s all about how to serve a new evolving market segment that’s hugely digital,” says Das. “Traditionally telcos are really behind when it comes to experience, design and delivery.

“In the case of Saudi Arabia it was more acute because the millennial market segment is a huge proportion and they are very vocal about the quality of service they have received.”

It is also a significant time for STC and its rivals in the mobile market, Mobily and Zain.

The former monopoly blamed rising costs for a 5.2 per cent dip in first quarter profit this year to SAR 2.38bn ($634.84m), following profit declines in five of the preceding six quarters.

“While we don’t anticipate any remarkable change in gross margins, we believe that the competitive environment will have an impact over STC’s operating margin,” said investment bank Riyad Capital in a December 2015 report.

Among the trends noted by the bank for this forecast was the declining blended average revenue per user in the Saudi mobile market over the last three years. It said this had decreased from SAR 86 ($23) in 2013 to SAR 68 ($18.1) in 2014 due to increasing competition.

Faced with these trends, STC plans to use Jawwy to transform the way it engages with customers through automation of key functions including buying and activating the line, topping up credit and support.

The brand launched on May 22, allowing users to register online to receive an invitation code followed by a SIM card delivered to their door. It soon plans to open up to the whole market with SIM pickup available from certain locations.

The chief executive says Jawwy is an “experience” not a “price play”, meaning the service will not be cheaper than STC’s traditional offering – which is already more expensive than Zain and Mobily’s post paid and prepaid packages, according to Riyad. But it will allow customers to build and buy their own price plans using its specialist mobile app, track their usage and even share data and credit across multiple devices.

The hope is that this approach will increase ARPU and usage without cannibalising STC’s traditional mobile subscriber base, which stood at 23 million lines, or 44 per cent market share, last year.

“With a better experience and better control over the usage we believe the usage will actually go up,” says Das.

“In this particular market, customers change the SIMs to optimise among the many different offers that come into the market from time to time. They have voice SIMs and data only SIMs, so we have simplified all of it by offering different price plans on one SIM. We’re betting on less churn and on higher usage so there is no question of cannibalisation.”

Whether this experience will be enough to lure customers is now being put to the test.

Das says the company’s business plan has “very modest numbers” in terms of target subscribers for its first year, but he is keen to emphasise the brand is “not just an experiment” and could even be rolled out to STC’s other markets.

“We’re just starting with Saudi but given the enormous response we’ve had its causing the other operators to really think about this very seriously,” he says. “We see this being adopted in many different geographies.”