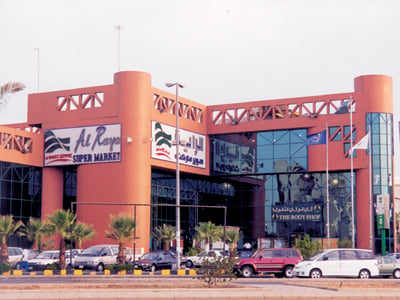 A controlling stake in Saudi Arabian supermarket chain Al Raya for Foodstuff Co has been put up for sale by its private equity owners Levant Capital and The Rohatyn Group (TRG), sources aware of the matter told Reuters on Wednesday.

The transaction joins a growing list of deals for consumer-focused firms in the Gulf region, which have drawn buyers’ attention for their exposure to an increasingly wealthy and predominantly young population.

Dubai-based Levant Capital and Citi Venture Capital International, an emerging market-focused investment firm which was acquired by TRG 14 months ago, originally bought the stake in Al Raya in 2012 for $100 million.

Levant Capital and TRG declined to comment. The sources spoke on condition of anonymity as the information isn’t public.

A financial advisor to the selling shareholders was close to being appointed, said one of the sources, a Saudi-based banker.

Four banks were in the running for the mandate, a second source added, without identifying them.

A separate Dubai-based source said the shareholders had received enquiries from interested parties in the last year which may have helped trigger their decision to sell. And he noted a lack of options for any would-be buyer looking for a situation where they would be able to take majority control.

He referenced the likes of Panda, owned by Saudi Arabia’s Savola Group, and Carrefour Middle East, operated by Dubai-based Majid Al Futtaim, as being out of reach.

Al Raya had 30 stores across the kingdom, traditionally in the southern and western regions, before more were added in 2012, according to the supermarket’s website.

Other retail assets to attract the attention of private equity houses include Saudi gourmet date firm Bateel, which sold a stake to L Capital Asia last month, and Saudi Arabian fast-food chain Kudu, which sources aware of the matter said Abraaj and TPG Capital had signed a deal to purchase.