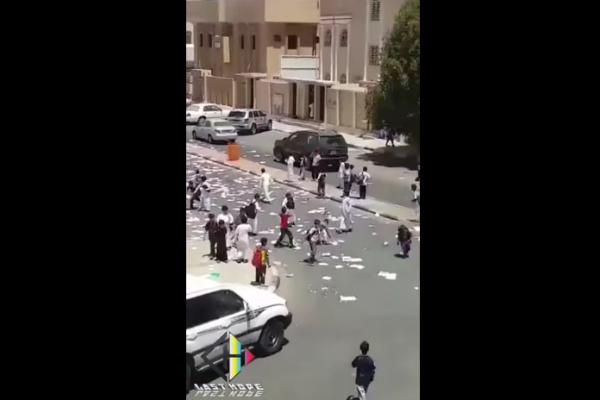 The recently popular practice by Saudi students to rip up their textbooks at the end of the school year has become a source of controversy in the kingdom after a video of one incident went viral.

In a video uploaded over the weekend, primary school students in Tabuk were shown tearing up their textbooks and throwing them on the streets, prompting a strong response from the Ministry of Education.

The head of Razi Elementary school was held responsible for the behaviour and sacked, while he in turn promised to sue the ministry for unfair dismissal stating he had no control over students once they left the school gates.

Minister of education Ahmed Al-Issa has now ordered the formation of a committee to study the issue of children tearing up textbooks, which has been asked to come up with suggestions to end the practice.

Saudi Gazette reports that the Department of Education in the kingdom’s Eastern Province has already produced a documentary urging children to preserve their textbooks at the end of the school year.

Nearly 242,000 students in the province began their final exams on Sunday.

Educational experts have urged the ministry to inform children of the importance of their books with some going as far as calling for their handing back to be made mandatory for students to receive their exam results.

“Special containers should be placed near schools where the students can deposit their books,” schoolteacher Abdullah Al-Subaie was quoted as saying.

Others said that throwing away textbooks could be sacrilege as many contain verses from the Holy Quran and Prophet’s Sayings.