Saudi stresses that it has positive relations with Russia - Gulf Business 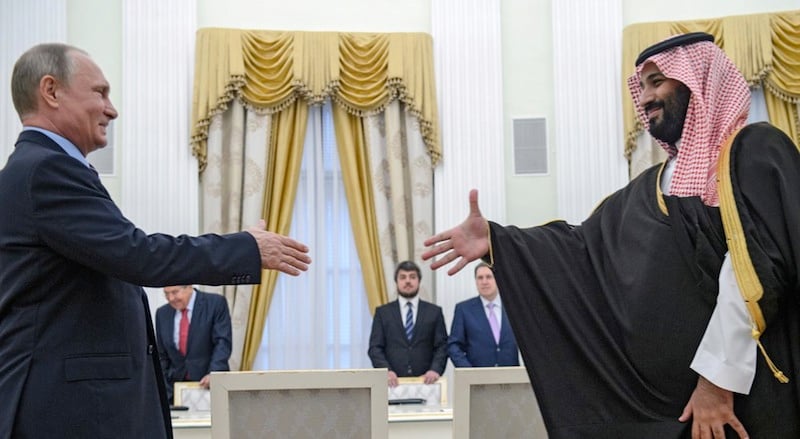 The report quoted the unnamed source as saying that some media outlets were “trying to publish false and incorrect reports about the distinguished relations” between Saudi Arabia and Russia, with the aim of “damaging relations between the two friendly countries”.

The source added that the two countries are “permanently committed to positive and open dialogue”.

No further details were given about what the reports contained and who published them.

Saudi Arabia and Russia have been working closely in recent months and were the main drivers behind the oil output cut agreement signed between OPEC and non-OPEC members last year.

“Relations between Saudi Arabia and Russia are seeing one of their best stages at the moment,” Russia’s state-run Tass news agency quoted Prince Mohammed as saying.

“We have achieved much in the preceding period, but we have to do still more.”

According to unconfirmed reports, Saudi King Salman is also expected to visit Moscow in the second week of July for a two-day visit to meet President Vladimir Putin.

Saudi has also confirmed that it will evaluate the possibility of joining Russia’s arctic LNG project.