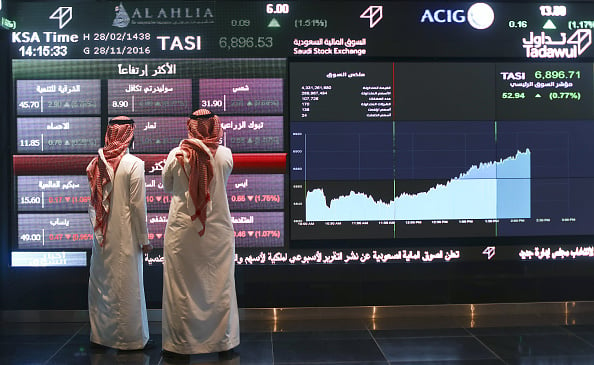 United Arab Emirates markets were closed for a religious holiday, while other bourses closed mixed in lacklustre trade.

The Saudi index fell 2.2 per cent, with 165 declining stocks out of 180 being traded and only 11 stocks advancing.

Saudi schools operator National Company for Learning and Education closed 5.3 per cent higher than its initial public offer price, on its first day of trade; earlier, it had risen by its 10 per cent daily limit.

The firm sold 13 million shares or 30.23 per cent of its expanded capital in last month’s IPO. The institutional tranche, accounting for 90 per cent of the offer, was 155 per cent subscribed, a smaller oversubscription than in past IPOs as the market faced selling due to the death of dissident Jamal Khashoggi.

A Gulf analyst said the market’s decline on Sunday was driven by continued negative sentiment after the latest news on the killing of Khashoggi, who was murdered in October at the Saudi consulate in Istanbul.

Stock market data showed that qualified foreign investors were net sellers in the week to November 15, extending a wave of sell-offs on concerns over Saudi Arabia’s deteriorating relations with foreign governments after the killing of Khashoggi.

But Trump said he would receive a complete report on the case on Tuesday, and the US State Department said Washington might take further steps beyond economic sanctions on 17 Saudi officials that were announced at the end of last week.