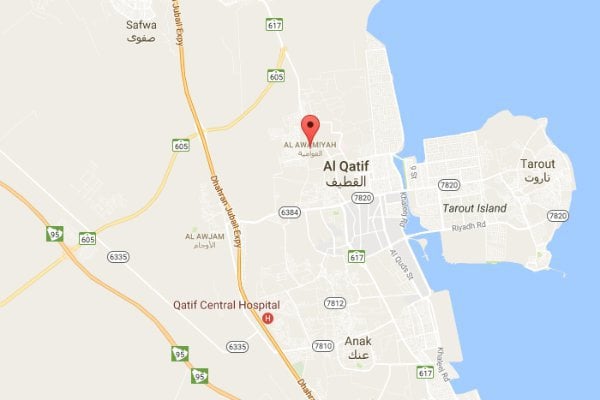 A Saudi soldier was killed and five others were wounded fighting suspected militants in the kingdom’s Qatif province, the interior ministry said on Tuesday, days after a child and a Pakistani builder were killed in the same town of al-Awamiya.

The town, in an oil-producing province and home to a large Shi’ite population, is a flashpoint between the Sunni Muslim government and Shi’ites complaining of discrimination.

The soldier was killed by a rocket-propelled grenade in a district of al-Awamiya and operations to counter the militants continued with the help of back-up forces, the ministry said.

On May 12, authorities said gunmen killed a Saudi child and a Pakistani man during an attack on workers at a building project in al-Awamiya.

In Tuesday’s statement, the ministry said “terrorist elements” were using explosive devices and land mines to obstruct the building project.

Qatif has seen protests for more rights for Shi’ite and these have become more frequent since Nimr al-Nimr, a Shi’ite cleric convicted of inciting violence, was executed a year ago.