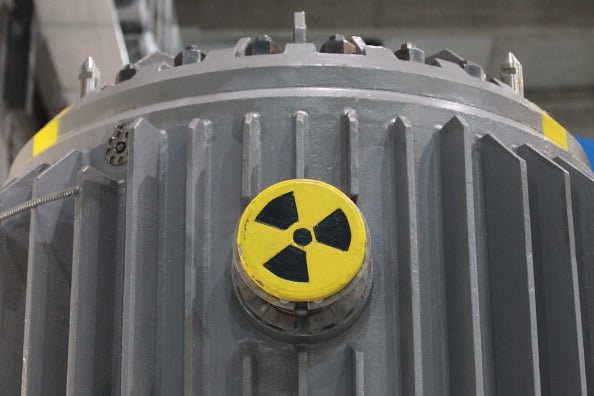 Saudi Arabia has been for years trying to diversify its energy mix so that it can export more of its oil, rather than burning it at power and water desalination plants.

It launched a renewable energy programme this year with the announcement of the winning bid for its first utility-scale solar project due in November.

In addition to that programme, Riyadh is in the early stages of feasibility and design studies for its first two commercial nuclear reactors, which will total 2.8 gigawatts.

In a separate report, SPA said Hashim Yamani, the president of King Abdullah City for Atomic and Renewable Energy (KACARE), which is responsible for the country’s nuclear plans, met officials in China on Aug. 23-24. Their discussions included cooperation in areas such as pre-feasibility study to build the first two nuclear reactors in the kingdom, and exploration for uranium and thorium.

Under an economic reform programme launched last year, Saudi Arabia is seeking to diversify away from oil for much of its additional future energy needs because oil resources are needed to generate revenue through exports.

Nuclear energy will help Saudi Arabia to develop water desalination plants, of which it is a leading producer.

The kingdom and China signed in 2012 a memorandum of understanding to cooperate on the civilian use of nuclear energy.

Similar deals had already been signed with other countries including France, Argentina, Russia, the United States among others.

Saudi Arabia has also set up a joint investment fund with China and on Thursday signed 11 deals worth $20bn with China as part of an official visit of Chinese Vice Premier Zhang Gaoli to Saudi Arabia.