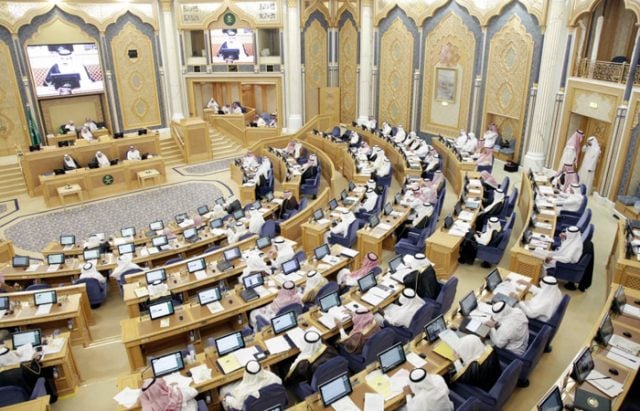 Members of Saudi Arabia’s Shoura Council have reportedly sent a recommendation to the country’s Justice Ministry to ban the marriage of girls below the age of 15.

The group also asked for the ministry to ban child marriage in the kingdom and called for strict conditions for the marriage of girls below the age of 18, according to the publication.

These conditions included the mother’s permission, a medical report of the bride-to-be’s physical, psychological and social health, the requirement for the groom not to be more than twice the age of the bride and the overseeing of the ceremony by a sitting judge.

The Shoura members said the conditions would comply with Shariah law and was in compliance with several international treaties the kingdom had signed to prevent child marriage.

The group cited examples of other Muslim countries like Egypt where the minimum age for marriage is 18.

A 2009 Ministry of Health report found that women married at a young age suffered from negative health consequences including a higher likelihood of miscarriages and having to under a caesarean section during childbirth, according to the publication.

The ministry also found a higher likelihood of mental illness in later life and said any potential children suffer as a result.

In addition, the practice was found to lead to women dropping out of education and the continuation of the cycle of poverty that leads families to wed off their daughters at a young age.