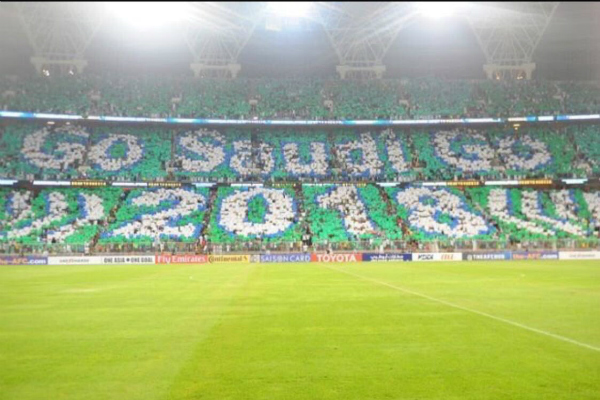 Saudi Arabia has secured its return to the FIFA World Cup after a 12-year absence with a 1-0 victory over Group B leaders Japan.

The national team was supported by Crown Prince Mohammed Bin Salman and more than 62,000 fans at King Abdullah Bin Abdul Aziz Sports City Stadium in Jeddah after the heir to the throne announced that Saudi citizens would be able to watch the game for free.

Saudi Arabia needed to win to automatically qualify for the 2018 tournament in Russia after Australia beat Thailand 2-1 to reach second place with 19 points.

The kingdom did so through 63rd minute strike from Fahad Al-Muwallad that went unanswered by the opposing side and placed it ahead of Australia despite being equal on points due to a superior goal difference.

Japan had already qualified for the tournament and remained at the top of the group with 20 points.

Saudi Arabia last qualified for the World Cup in Germany in 2006 when it finished bottom of its group.

Separately, Saudi Press Agency moved to deny that any media were prevented from entering the game on Tuesday night amid “false allegations” that a reporter from Qatari-owned beIN Sports was not allowed to attend.

The sports channel is part of controversial broadcaster Al Jazeera, which Saudi Arabia and its allies the UAE, Bahrain and Egypt have called to be scrapped as part of their conditions to end a diplomatic row with Qatar.