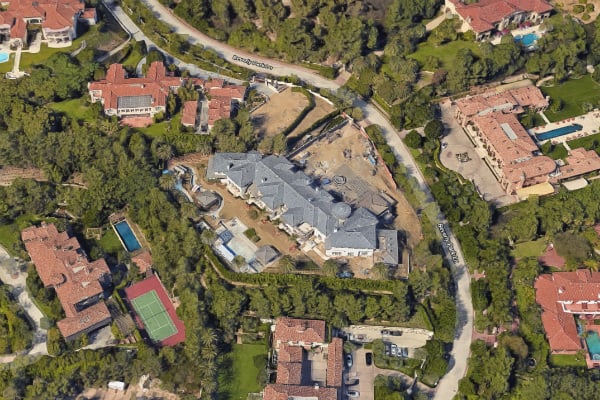 Two Saudi royals are fighting it out in a US court over a $34m two-mansion compound in Beverly Hills, according to reports.

Bloomberg said Prince Faisal Bin Abdullah Bin Abdulaziz Al Saud wanted to stop his former wife Fahdah Husain Abdulrahman Al-Athel from selling the property until they decide how to split up the proceeds.

He also wants a $41m loan to renovate the mansion to be returned.

It has two separate mansions on 2.3 acres and includes 18 bedrooms and 28 bathrooms.

The prince provided the loan to renovate the property, install audio-visual systems and $1.3m of exterior lighting, furnishings and accessories, according to the Delaware Chancery Court complaint.

The complex is now valued at $34m on some listings sites.

The prince has accused his former wife of failing to maintain the property and pay taxes on it.

The complaint describes her as “formerly Her Royal Highness Princess,” but now as just Ms Alathel.

After their 2016 divorce, following 15 years of marriage, the couple are looking to liquidate the Delaware Company used to buy the property.

The prince says in the suit that Alathel was “grossly negligent in failing to maintain the property” and her inaction had hurt the complex’s value.